You are using an outdated browser. Please upgrade your browser to improve your experience.
by A.T. Faust III
June 15, 2011
Some rumors never die. Even before the March release of the iPad 2, many analysts (including John Gruber and Chris Rawson) were staunchly vocal in their assertions that Apple would release its iPad 3 in the fall of this same year. The latest convinced blogger, Jim Dalrymple of The Loop, states in his post (which is based on a report from Taiwan's Economic Daily that our own Alexander Vaughn already dissected) a pair of reasons Apple will launch its third iPad in 2011. First, Dalrymple says,

The annual iPod event takes place in September, but the iPods aren’t selling like they used to. They are still a huge money-maker for the company, but when you’re looking at the holiday shopping season, having something like a new iPad would boost sales by an incredible amount.

I don't buy this line of reasoning. First, we are already working under the assumption that the next iPhone will launch in September. This is a near-certainty, and any necessary sales boosts can be handled by the upcoming handset all on its own. Plus, why in the world would Apple unify its entire iOS lineup, effectively forcing consumers to choose between units instead of staggering releases to promote total product adoption? Most of us simply cannot afford to buy a new iPhone, iPad, and iPod touch all at the same time, and Apple (or, really, any company) would never risk the implementation of such an obviously limiting market approach. Dalrymple's second notion cites Apple's growing competition:

Currently the iPad has no competition, but by this summer, there will be a lot of tablets on the market. RIM’s PlayBook, HP’s tablet and many others. Instead of competing with over 100 previously announced tablets, I believe Apple will want to change the game. And they’ve done it before. Remember the iPod mini? It was Apple’s most successful iPod outselling all other models of its time. And Apple discontinued it. Just as the competition could say, “we have a music player just like the iPod mini,” Apple canceled it and started over, releasing the iPod nano.

To be honest, this bit of logic, while reasonable, seems specifically alien to Apple's modus operandi. In the mobile sector, Apple is in the unique position where it needn't fret over others' industrial entries. No known competitor's upcoming tablet offerings can be expected to match the iPad 2's build quality or user experience; and -- with iOS 5 coming (and iCloud's full services still to roll out) -- the iPad 2's about to get quite a lot better. In other words, the iPad 2 will still be the tablet to beat come 2012, and iPad 3 will be the only one to beat it. As for Dalrymple's iPod mini-to-nano precedent, that particular transition was a complete form-factor revision. It is true that we can expect each new iPad to feature better, lighter, thinner, and faster technologies, but the general size and shape don't really have anywhere to go towards radical fundamental change. As a further note, Apple likes its customers to have certain expectations, the first of which is that any piece of kit they buy at launch will serve as the newest and best for about a year. This is, naturally, one of the great hardware strengths Apple holds over its Android-touting rivals. To supplant a device as successful and rapidly-selling as the iPad 2 only six months into its retail life would be a financial faux pas and a serious consumer let-down. Of course, there are bound to be arguments for and against the various possible timings of iPad 3's inevitable launch, so feel free to share your take below. And, yes, we know: Steve already said that 2011 is "the year of iPad 2." 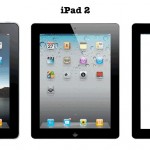 A 2011 iPad 3 Release Is Highly Unlikely, But Somehow The Rumor Keeps Rolling Along...

A 2011 iPad 3 Release Is Highly Unlikely, But Somehow The Rumor Keeps Rolling Along...
Nothing found :(
Try something else