You are using an outdated browser. Please upgrade your browser to improve your experience.
by Bryan M. Wolfe
June 28, 2011
We know Apple is releasing a new iPhone someday, but we don't know when or what it will look like. However, that hasn't stopped all of us from making our opinions heard. Financial analysts are a lot like those who predict the weather: No matter how bad their predictions, we still listen to them to some degree. Case in point, yesterday’s pronouncement by Deusche Bank’s Chris Whitmore that Apple is to release two new iPhones this fall. The analyst believes Apple is poised to give customers a choice between an iPhone 4S and iPhone 5. The first would sell for $349 and primarily be marketed to those folks that like pre-paid cell phone options. The latter would be Apple’s traditional iPhone update. Not surprisingly, Whitmore’s take quickly made its way around the blogosphere, even though it was one guy’s opinion and one not backed up by facts. And yes, we know: AppAdvice picked up on it too, as we do. Now, like with all good rumor stories, today is the day the counter argument begins. For example, another analyst, BMO Capital’s Keith Bachman has now debunked Whitmore’s opinion, saying that Apple’s low-end iPhone will remain the existing iPhone 3GS, according to Apple Insider. Meanwhile, FBR Capital Markets analyst Craig Berger agrees, saying a new low-price iPhone is unlikely. According to his “sources,” Apple has “no near-term plans for a low-end iPhone for emerging markets, or a new iPhone in a transparent case.” Ultimately, Berger believe Apple’s next iPhone will actually be an iPhone 4S, an evolutionary upgrade to the existing model. So who’s right? We don’t know, but like the rest of the world, we will know soon enough. For what it’s worth, Jon Gruber, whose opinions are typically on the mark, is siding with Whitmore on this one. He states:

Right. “Analyst says something” should almost always be taken as punditry, not news. But there is a bit of evidence for this amongst the scraps of information that have leaked regarding new iOS hardware. And, more importantly, it makes strategic sense. Eventually Apple is going to expand the iPhone to multiple tiers. Not just “last year’s model, this year’s model”, but multiple new products. It’s just a matter of when. Examine the history of the iPod to see how this will play out. They’ll press technologically at the high end, and they’ll expand into the mid-range market with lower priced models. Why not now?

As a reminder, we have a great iPhone 5 rumors roundup that we’re keeping up to date for those interested in more details. Make sure to check it out. Thoughts? 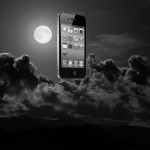 About Those Two iPhones Coming This Fall ...

About Those Two iPhones Coming This Fall ...
Nothing found :(
Try something else