You are using an outdated browser. Please upgrade your browser to improve your experience.
by Joe White
June 9, 2011
Today, we're learning that Apple has altered it's controversial in-app subscription policy. Back when Apple unveiled its new policy, publishers were told that they must offer Apple's in-app subscriptions by June 30, either as the sole method of subscribing to content or alongside their own model. This upset a great many publishers and developers, as Apple's in-app subscription policy results in the Cupertino, CA company scooping 30 percent of subscription sales - companies had to offer the same content within apps, and couldn't simply sell outside. Furthermore, the price of subscriptions had to remain the same, despite Apple's 30 percent cut. Now, Apple has amended the policy. Previously, section 11.13 read:

11.13 Apps can read or play approved content (magazines, newspapers, books, audio, music, video) that is sold outside of the app, for which Apple will not receive any portion of the revenues, provided that the same content is also offered in the app using IAP at the same price or less than it is offered outside the app. This applies to both purchased content and subscriptions. 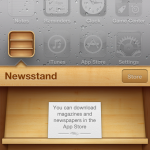 Apple Backtracks On In-App Subscriptions, Makes Key Changes To The Policy
Nothing found :(
Try something else