You are using an outdated browser. Please upgrade your browser to improve your experience.
by Joe White
June 27, 2011
In the latest beta version of iOS 5, Apple has blocked Applenberry's Gevey SIM unlock, a hardware-based unlock solution for the iPhone. Gevey SIM allows users to unlock an iPhone handset without jailbreaking. The "accessory" is a SIM-sized piece of plastic, which users insert into their smart phone along with a SIM card. After following a series of instructions, Gevey SIM can remove the carrier-lock from users' iPhone handsets as if by magic. However, in iOS 5 beta 2, the magic is over: Apple has blocked the exploit, as relayed by @MuscleNerd in a tweet that recently hit the Web:

Obviously, Applenberry could release a new piece of unlocking hardware (providing they can come up with one). Alternatively, the iPhone Dev-Team will likely release a software-based unlock solution ("ultrasn0w") once iOS 5 is released. However, one of Gevey SIM's greatest appeals was that it allowed users to unlock iPhone handsets jailbreak-free. Do you use Gevey SIM with your iPhone? Let us know in the comments. [via The Gadgets] 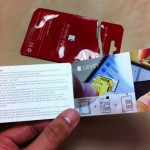 Apple Blocks Gevey SIM Unlock In iOS 5 Beta 2
Nothing found :(
Try something else