You are using an outdated browser. Please upgrade your browser to improve your experience.
by Joe White
June 21, 2011
Android's market share may tower over the iPhone's, but that doesn't mean Google's mobile operating system is invincible. In fact, Android's smart phone market share recently declined, leading one analyst to believe that Android will lose even more market share once the iPhone 5 hits stores. This is the first sequential market share loss Android has ever suffered, "in any region of the world," Business Insider notes. The data originally comes from a note by Needham's Charlie Wolf, who stated that during Q1, 2011, Android's mighty market share dropped from 52.4 percent to 49.5 percent, while Apple's share of the smart phone market rose to 29.5 percent. And what's more, according to Wolf, "this is just the beginning." As reported by Business Insider:

"In our opinion, this is just the beginning of Android's share loss in the U.S.," Wolf writes. "The migration of subscribers to the iPhone on the Verizon network should accelerate this fall when Apple coordinates the launch of iPhone 5 on the GSM and CDMA networks. The iPhone could also launch on the Sprint and T-Mobile networks."

Furthermore, Wolf notes that there was likely a lot of logic behind Apple's decision not to announce the fifth generation iPhone at this year's WWDC keynote presentation. He explains that this would have upset Verizon iPhone customers who only recently purchased the fourth generation handset. If you ask me, the report makes a lot of sense. Prior to the release of the Verizon iPhone, Apple's smart phone was available on one network: AT&T. Since the release of the CDMA handset, Apple has unsurprisingly gained market share - as Needham notes. However, those familiar with Apple's schedule will have known that the release of the Verizon iPhone likely wasn't too far away from the release of the iPhone 5, which will presumably be available with both AT&T and Verizon. This means there's a quantity (most likely a sizeable quantity) of Verizon fans looking to purchase an iPhone, but are holding out for the fifth generation handset. As Wolf notes, this will of course result in the iPhone gaining an even greater chunk of the smart phone market share when the iPhone 5 is released. And if the above research is anything to go by, some Verizon iPhone 5 adopters may migrate over from Google's Android camp. And if that's the case, we won't be seeing many more dancing, happy Androids. We'll keep you posted on the status of Apple's fifth generation iPhone handset. In the meantime, check out our iPhone 5 Web resource for more information on the upcoming handset. 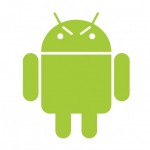 Apple Could Gain Even More Market Share With The Release Of iPhone 5
Nothing found :(
Try something else