You are using an outdated browser. Please upgrade your browser to improve your experience.
by Bryan M. Wolfe
June 17, 2011
When the first iPhone apps hit the market in 2008, Facebook was one of the first ones out of the gate with its own app. The same cannot be said for the iPad, which lacks a native Facebook app. However, that is about to change, according to The New York Times. Having been tested internally for nearly a year, the Facebook for iPad app is expected to hit the App Store very soon. And when it does it will offer features not currently available via the Facebook website. For example, the app may include the ability for users to shoot and upload photos and video directly from the iPad’s built-in cameras. According to a person who has seen the app:

“The photo and video experience is amazing, offering full resolution and full-screen images.”

The New York Times believes that a native iPad app for Facebook could be a boom for the social networking site and for Apple. They state:

Mobile applications and optimized mobile Web sites have been a major area of growth for Facebook, with the company saying that there are now more than 250 million Facebook users actively accessing the service on a mobile device. Facebook is approaching 700 million users worldwide.

It will be interesting to see what Facebook has cooked up for its iPad app, assuming this report is correct. In the meantime, you can download the Facebook app for iPhone. What do you think? What would you like to see in a Facebook for iPad app? Let us know by using the comments below. 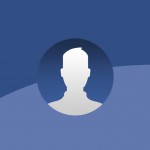 Finally, A Facebook App For iPad Is (Probably) Coming

Finally, A Facebook App For iPad Is (Probably) Coming
Nothing found :(
Try something else