You are using an outdated browser. Please upgrade your browser to improve your experience.
by Joe White
June 23, 2011
Figures recently released by the GSMA highlight that in the UK, Apple's mobile operating system accounts for 65 percent of connected application users. The news comes in the GSMA's Mobile Media Metrics, which is compiled along with comScore. According to the report, while Apple's iOS (running on the iPhone, iPad and iPod touch) accounts for 65 percent of connected applications, Google's Android OS accounts for more than half that amount - 31 percent. However, Symbian - despite being present on 23.6 percent of smart phones - accounted for just one percent of connected application users, according to the study. Obviously, this shows that Apple's mobile devices are popular in the UK. Furthermore, it helps us understand why so many developers have "iOS tunnel vision." According to the Guardian:

To put it bluntly, according to these stats, there are more than 5.7 million iPhone owners using connected apps in the UK, versus 2.7 million Android users and 119,000 Symbian users.

Given the choice, who would you develop for? As of this moment, in the UK, Apple's mobile operating system is where the market is. Let us know your thoughts in the comments. 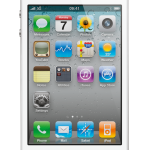 In The United Kingdom, iOS Accounts For 65 Percent Of Connected Apps

In The United Kingdom, iOS Accounts For 65 Percent Of Connected Apps
Nothing found :(
Try something else