You are using an outdated browser. Please upgrade your browser to improve your experience.
by Bryan M. Wolfe
June 30, 2011
The battle between Apple and Samsung has moved to another level. In court documents filed this week, the Korean tech giant seeks the total removal of some Apple products from U.S. stores, according to The Wall Street Journal. In a move that many may see as one of desperation, Samsung has asked the International Trade Commission to stop the sale of popular products in the U.S. Although those products were not specifically mentioned, one can assume they are the iPhone 4 and iPad 2. Currently embroiled in an intellectual property dispute, Samsung and Apple have in recent weeks tried to outdo the other by filing various court requests. On April 15, Apple claimed in the Northern District of California Court, Samsung violated the company’s intellectual property. It specifically targeted the company’s “Galaxy S 4G,” “Epic 4G,” and “Nexus S” smart phones, and its “Galaxy Tab” tablet. In mid-May Samsung was ordered to hand over several unreleased cell phones and tablets to Apple. This was followed by Samsung’s own request for Apple to hand over designs of the rumored iPhone 5 and iPad 3. Finally, last week a U.S. Circuit Court judge suggested Samsung’s demand to see future Apple designs was overreaching. To date, Samsung has filed countersuits against Apple’s allegations in six countries. Samsung now has countersuits pending in the U.S., South Korea, Japan, Germany, Italy, and the United Kingdom. According to The Journal, Samsung’s strategy is to: “Build leverage that might force Apple to settle the initial case, which threatens to damage Samsung's efforts to catch up to Apple in the smartphone and tablet markets, where profit margins are relatively high and market leadership is unsettled.” All this back and forth continues as the two companies remain in a very profitable customer-supplier relationship in which Apple is the largest buyer of Samsung’s component parts. Would Apple end this relationship? That depends. For one, Apple may find it hard to find suppliers willing to provide components at the volume and price that Samsung can. However, the company’s continued filing of countersuits makes you wonder. While we remained committed to the argument that both sides will find a way to coexist and remain partners, the longer these legal maneuvers continue, the longer the odds the relationship as it is will continue. Of course, in the end, both sides could come to the conclusion they need the other for continued success. What are your thoughts? Should Samsung continue these counterarguments or find a way to settle with Apple? In the meantime, what should Apple do? Leave your comments below. 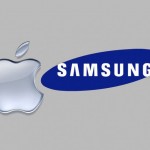 Now Samsung Wants To Take Away Our iPhones & iPads

Now Samsung Wants To Take Away Our iPhones & iPads
Nothing found :(
Try something else