You are using an outdated browser. Please upgrade your browser to improve your experience.
by Joe White
June 7, 2011

For a while now, we've been expecting a revamped Voice Control service to launch with the iOS, namely because of Apple's rumored dealings with Nuance. However, at yesterday's WWDC keynote presentation, nothing was formally announced by Scott Forster when the Apple executive gave us all the details on iOS 5.

Now, we've just noticed something in one of the keynote's slides, which could hint at a possible Apple and Nuance partnership, after all. As you can see in the above image, iOS 5 includes the "option to speak text selection."

Could this be the proof we've been looking for? Does this mean Apple and Nuance are close to striking a deal?

Obviously, we don't know for sure. To add to the Apple-Nuance mystery, TechCrunch published an interesting article regarding the possible partnership, fuelled by the website's various "sources."

The general consensus appears to be that Apple will incorporate Nuance technology within iOS 5 before the software is released. If this is the case, we'll see the evidence in a future beta release, in the coming months. After all, as TechCrunch notes, "Nuance technology has already been found in Apple software (OS X Lion, to be exact). And multiple source claim Nuance software is already running at Apple’s new datacenter in North Carolina."

Still, the finalized deals may simply not be in place just yet, so Apple couldn’t say anything on stage. If that’s true, the thought is that Nuance technology will still be a part of iOS 5, it would just be included closer to the actual launch in the fall.

This may make sense as we noted from the beginning that it’s entirely possible that at first, Nuance (and Siri) technology will only be used for apps created by Apple. They would then presumably be opened to third-party developers at a later time. If that’s the case, Apple did not need to show off the technology today to get developers ready. And they can add it when they like.

Adding to the mystery is the fact that Nuance's Chief Mobile Technology Architect was in the WWDC keynote audience yesterday. It is speculated (again by TechCrunch) that this guy is about to start working at Apple very soon. And by "very soon," we're sure the website means "well before fall." Could this be another clue?

One last snipped of information comes from Robert Scoble, in a comment posted on the aforementioned TechCrunch article:

In a comment below, Robert Scoble (who yes, did nail the deep Twitter/iOS integration stuff after our initial post on the matter), says the same source told him that the Siri integration just wasn’t done in time for today. He speculates that it still could be a part of the iPhone 5/iOS 5 launch in the fall, thinking that they will need something cool and new to show off. That could very well be the case.

This would make sense. Before, we've speculated that an improved Voice Control service might require an improved processor to function (an Apple A5 chip, perhaps?) meaning it could launch as an iPhone 5 only feature, providing Apple upgrades the handset's processor - which we think is likely. If this happens, Apple will obviously announce the feature alongside the fifth generation iPhone (presumably this fall).

Obviously, we know nothing for sure. But we did find the above photograph interesting, and we do hope that Nuance's technology makes its way to iOS 5.

What are your thoughts? Be sure to let us know in the comments.

[Thanks for the tip, hstyler!] 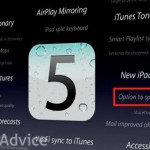 Could Nuance Still Be A Part Of iOS 5, After All?

Could Nuance Still Be A Part Of iOS 5, After All?
Nothing found :(
Try something else