You are using an outdated browser. Please upgrade your browser to improve your experience.
by Bryan M. Wolfe
June 23, 2011
Apple’s battle to keep others from using the term “appstore” is probably a losing one. This appears to be the assessment of the judge in charge of Apple’s lawsuit against Amazon over the use of the term, according to All Things Digital. And believe it or not, we stand with the judge on this one. Since March, Apple and Amazon have been fighting over the use of the term “appstore.” It was then Amazon’s Appstore for Android arrived, which the company uses to sell applications for Android-based smartphones and tablets. Apple accuses Amazon of trademark infringement, which stems from the company’s 2008 trademark application for the term“App Store” with the U.S. Patent and Trademark Office. While the application is still pending, that hasn’t stopped Apple from trying to protect what it considers its turf. U.S. District Judge Phyllis Hamilton during a Wednesday hearing concluded that she would “probably” deny Apple’s request (for Amazon to stop using the “Appstore” term) because of lack of evidence. In other words, Hamilton doesn’t believe Amazon’s use of the term has caused confusion among customers. She stated:

“I’m troubled by the showing that you’ve made so far.[And] that’s where you’re likely not to prevail at this early juncture.”

Trademark application or not, Apple is in the wrong here, in our opinion. For one, the word “app” is clearly an abbreviated version of the word “application,” a generic term used to describe software that runs on various platforms. Second, Apple has no claim to the word “store,” with many businesses using the term, either directly or indirectly. Finally, Apple is wrong on the point that probably matters most;  no one would confuse Amazon’s store, which sells Android-based apps with Apple’s, where iOS apps are sold. At the very least, all it would take is an iDevice owner to download one app from Amazon to recognize their wares arent compatible with an iPhone/iPod touch or iPad. What do you think? Do you agree with the judge’s assessment, or is she (and we) off base? Let us know by using the comments below. 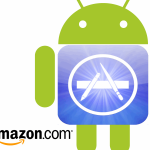 The 'Appstore' Lawsuit: Apple is Just Plain Wrong And The Judge Agrees

The 'Appstore' Lawsuit: Apple is Just Plain Wrong And The Judge Agrees
Nothing found :(
Try something else