You are using an outdated browser. Please upgrade your browser to improve your experience.
by Joe White
June 21, 2011
A new report from Boy Genius Report claims that Apple's upcoming iPhone will be a "major update," and that the handset could be announced and released in August, as opposed to September. Previously, many had speculated that Apple's fifth generation iPhone would be a minor update, merely adding improved internals (like an Apple A5 chip). Furthermore, several rumors suggested that Apple might announce the handset at its annual September event, which usually focusses on the company's line of iPods. Now, Boy Genius Report has posted an article suggesting that the handset could be released in August, and that Apple's fifth generation iPhone will be a "major update." The news reportedly comes from a "reliable source," and Boy Genius Report itself has a reliable track-record, suggesting that there may be something behind this story. Obviously, nothing has yet been confirmed by Apple, and Boy Genius Report doesn't give any indication as to what kind of "new" design the iPhone 5 could boast. Thisismynext has previously noted that Apple's fifth generation iPhone will feature a "teardrop" design, and will be thinner than the iPhone 4. However, various cases apparently designed for Apple's fifth generation iPhone suggest that the handset will be similar to the iPhone 4 (here and here), leaving us unsure in this department. As we approach August and September, two possibilities regarding the iPhone 5 lay ahead of us. The first, is that Apple won't really improve on the iPhone 4, releasing an "iPhone 4S" model that features an Apple A5 chip, improved cameras and minor tweaks to the design. This would be similar to the company's iPhone 3GS update, which saw similar, minor improvements being made to the previous generation iPhone handset. The second possibility is suggested by Boy Genius Report's "reliable" source - that Apple's fifth generation iPhone will be a "major update," and that a radically altered design will justify the device being called an "iPhone 5." Could the handset launch in August, as Boy Genius Report's source suggests? This would mean Apple either maintaining its annual September event and dedicating it to the company's line of iPods, or it would mean announcing the new iPods in August, along with the new iPhone. Obviously, we have no idea. It would be sensible for Apple to announce everything together, but we don't even know for sure yet whether the company is going to announce the new iPhone in August or September - just like we can't be sure whether the handset will be a "major update." Essentially, don't go expecting a radically altered iPhone to launch in August. But at the same time, don't be surprised if one does. For more information on the iPhone 5, be sure to take a look at our Web resource. 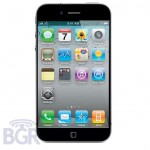 Unconfirmed: Next Generation iPhone To Be "Major Update," Available In August?

Unconfirmed: Next Generation iPhone To Be "Major Update," Available In August?
Nothing found :(
Try something else