You are using an outdated browser. Please upgrade your browser to improve your experience.
by Bryan M. Wolfe
August 3, 2011
The time may come when iOS and OS X become one product. In fact, one influential analyst believes that day could come sometime next year, according to the International Business Times. According to Peter Misek, an analyst at Jefferies, Apple’s upcoming iCloud launch will be the catalyst that merges Apple’s two operating systems. When that happens, “Users will log on to a device where the profile, content and apps will be customized and optimized for the device.” According to Misek:

"We expect OS merger to start in 2012-13 and complete in 2016. Our preliminary view is that Apple can use a 32-bit ARM architecture to address the vast majority of the OS X ecosystem's needs in 2012-13 except for high-end professional devices. When 64-bit ARM is available in 2016, we believe Apple will have a single OS and hardware architecture.”

OS X Lion, which launched for Mac in July, already looks a lot like Apple’s iOS platform (see Launchpad and Mail, for example). Plus, the Mac App Store is an obvious result of the success of the App Store. This isn’t the first time we’ve discussed the possible merger of iOS and OS X. In fact, in June we thought some discussion of it would happen at WWDC. However, that didn’t happen. Still, it still makes a lot of sense. And, at least according to one analyst, it could happen next year. 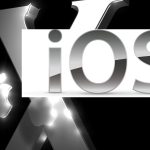 Apple’s iCloud Could Help Merge iOS And OS X Into One OS
Nothing found :(
Try something else