You are using an outdated browser. Please upgrade your browser to improve your experience.
by Joe White
August 28, 2011
In an interview with Business Insider, the co-founder of Sparrow has confirmed that an iPhone version of the popular Mac email client is coming soon. The issue Dominique Leca (Sparrow's co-foudner) and his team may run into involves Apple's App Store approval process, which is difficult at the best of times. However, while third party applications must not "duplicate functionality," Leca believes that Apple will approve the Sparrow iPhone app. When asked about this, Leca said:

Yes, but on the Mac, they can't really apply it, so you've got a way out. You can license your software without being considered a rogue developer, like you might on Cydia [the jailbreak app store for iPhone]. Developers have been selling Mac apps long before the MAS was introduced, whereas for most people, the only want to get content on an iPhone is through the App Store. It was a walled garden from the very beginning. We'll see what happens with Sparrow for iPhone. We're just starting on this, but it's still far far away. But we'll give it a try, Apple be with us.

And when asked if he thinks the application will approved, he added:

I think they will. They're accepting third party browsers, so why not mail? This would be really inconsistent. Opera has a browser out there, and I think Mozilla has one coming too.

I've been using the Sparrow Mac app for a while alongside the built-in Mail app, and have found it to be stable, and worth the cash (which is $9.99 unless you're happy with the free lite version). Here's hoping the iPhone app isn't too far away, because if the Mac app is anything to go by, it'll be worth checking out. We'll keep you posted. [via MacRumors] 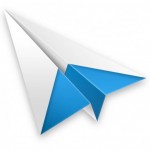 Developer Confirms: Sparrow For iPhone Coming Soon
Nothing found :(
Try something else