You are using an outdated browser. Please upgrade your browser to improve your experience.
by Alexander Vaughn
August 26, 2011
It seems like Apple has decided to follow Forbes' advice, and has convinced Comex, the jailbreak virtuose behind jailbreakme.com, to go work for them. Indeed, as announced by Comex (aka Nicholas Allegra), on Twitter today, he'll be starting an internship at Apple in the coming weeks:

It's been really, really fun, but it's also been a while and I've been getting bored. So, the week after next I will be starting an internship with Apple.

This move comes only weeks after Apple hired Peter Hajas, the developer of MobileNotifier, a jailbreak version of Apple's upcoming notification center and shows an increasing interest from Apple in the jailbreaking community. Unfortunately, while we're very happy for Nicholas, this isn't a very good news for jailbreakers. Indeed, Comex has almost a gift when it comes to hacking iOS, and jailbreakme.com was the very proof of that. His website was capable of jailbreaking any device that would just visit it, which was an incredible feat. Now that he'll be working on Apple, he will not be allowed to work on these projects anymore, and probably will be prevented from even communicating much about iOS. Of course, this is just an internship (surprisingly), and he might come back, but the chances of that happening are probably low. Either way, congrats to comex, and lets hope others will come to take his place. 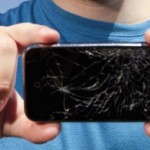 Jailbreak Extraordinaire Comex To Work For Apple
Nothing found :(
Try something else