You are using an outdated browser. Please upgrade your browser to improve your experience.
by Clinton Ferreira
August 4, 2011

Rail Maze (Free) by Spooky House Studios UG (haftungsbeschraenkt) is an amazing puzzle game that will give you so many different options, you’ll be busy playing it for hours.

You have to guide a train without letting it crash by manipulating the track it rides on in various ways while also avoiding any pirate trains that might be around. Fortunately, you can also change the speed of your train to help with those pesky enemy trains. 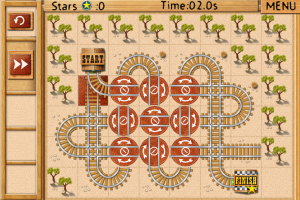 The Labyrinth mode involves a start and finish being connected by a grid of set railroad tracks. Some of those tracks can be changed by you and others can’t. The difficulty starts off as being quite simple, but becomes progressively more challenging.

Build Railroad is just what it sounds like. You are given small segments of track on the left which you have to place to give the train somewhere to ride. Only three new pieces can be seen at a time, but you can put them down anywhere you like so if you see nothing useful immediately, just keep throwing them down until you get what you want. You can also move them around after placement until the train rides over them and then they become fixed and unmovable. On occasion, you are given up to three bombs to destroy pieces of track that might be in your way.

Snake mode allows you to play the classic game of snake, but with about six variations. That’s too many to describe here, so you’ll have to enjoy exploring those yourself.

Basically, there is no start or finish and no tracks to lay down. You ride your train around on the map changing its direction by switching track elements similar to the changeable elements in Labyrinth. You have to avoid picking up new cars or your train will become longer and longer making it harder to avoid hitting your own “tail.” There may also be some pirates for you to avoid here. Personally, I found this mode a bit too easy unless I purposely picked up a few extra cars.

Longest Railroad functions very much the same as Build Railroad, but instead of just getting the train from start to finish, you have to build as long a railroad as possible. You can have a large square map or a narrow and infinitely long map on which to build your railroad. You can also choose how “busy” the terrain is by choosing a blank map or something with trees or mountains to work around. 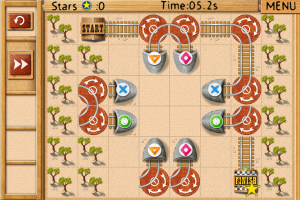 The game is initially free, but comes infested with ads. They pop up incessantly but never while the game is actually being played so they are actually quite easy to ignore. You can, of course, get rid of them completely with an in-app purchase.

By far, the most entertaining of the modes (at least for me) was Labyrinth. I could easily go from one level to the next nonstop and I especially enjoyed having to guide the train through color coded tunnels.

If puzzle games are your thing, you won’t want to miss this one. 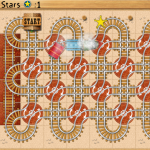 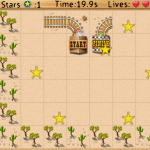 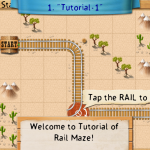 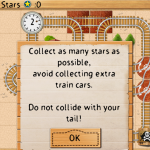 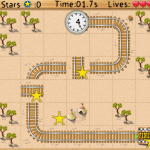 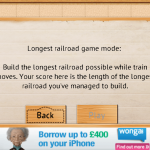 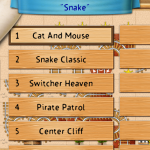 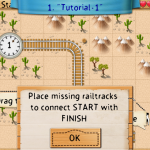 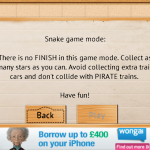 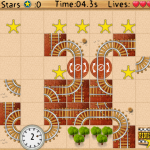 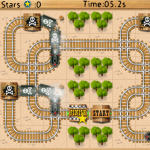 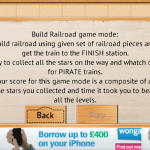 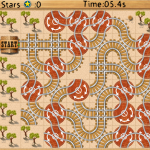 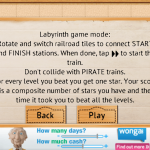 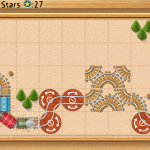 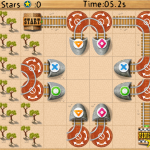 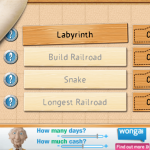 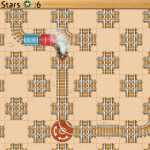 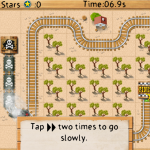 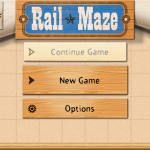 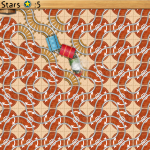 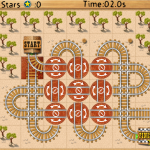 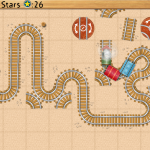 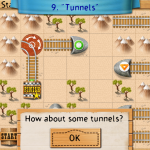 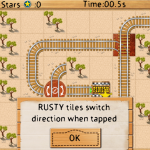 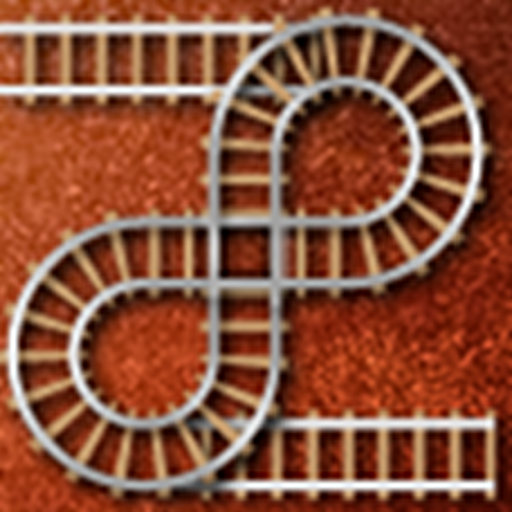 Rotate, Switch And Lay Down Tracks To Safely Guide The Train In Rail Maze

Rotate, Switch And Lay Down Tracks To Safely Guide The Train In Rail Maze
Nothing found :(
Try something else