You are using an outdated browser. Please upgrade your browser to improve your experience.
by Alexander Vaughn
August 23, 2011
After first reporting back in April that Apple will start production of the next iPhone this summer, for a launch in September, Reuters is back at it today with some details concerning the future of the current model. According to their sources, Apple will continue selling the iPhone 4 as the lower-end model comes the iPhone 5. The only difference, apparently, is that it will feature just 8GB of memory from some new supplier, to allow for a lower price point and differentiation. As for the iPhone 5, Reuters believes the next iPhone will look very much like the current one, but with a slightly bigger screen and an 8mp back camera. Both devices, they claim, are planned to launch in late September. Of course, there is nothing excpetional about Apple keeping an old iPhone model around as the cheaper model. It's what they've been doing so far, and knowing how good the iPhone 4 is, it will be quite a hit. As for the late September launch, it falls in line with most rumors. On the other hand, their claim that Apple will make the next iPhone bigger is a bit of a stretch, but it's not the first time we hear that either, so there might be something to it. Either way, we'll find out soon enough. 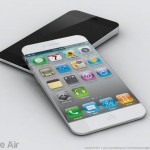 Reuters: Apple To Sell Cheaper 8GB iPhone 4 Along The New Model In September

Reuters: Apple To Sell Cheaper 8GB iPhone 4 Along The New Model In September
Nothing found :(
Try something else