You are using an outdated browser. Please upgrade your browser to improve your experience.
by Alexander Vaughn
September 21, 2011
There might not be much to it, as we're all expecting Apple to announce one or more iPhones come October 4, but we now have information from someone who might just know a bit more about it than we do; Apple board member, Al Gore. As reported by TheNextWeb, Al Gore was speaking today at the "Discovery Invest Leadership Summit,"  where he apparently, at one point, told the audience:

“Not to mention the new iPhones coming out next month. That was a plug."

Yep, that's plural. Knowing that Al Gore is on Apple's board, he might have been talking with full knowledge of the fact, and without giving his statement much thought. So yes, if there is anything to this, we should indeed be seeing multiple iPhones next month. Hearsay, you might argue ... indeed. Yet, there were a lot of witnesses at that summit and while they didn't all hear it plural, they certainly all heard iPhone. Guess we'll find out how much Al really knew next month. 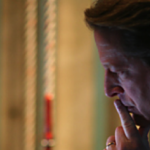 Apple Board Member Al Gore Hints At Upcoming iPhones (Plural) Next Month
Nothing found :(
Try something else