You are using an outdated browser. Please upgrade your browser to improve your experience.
by Joe White
September 14, 2011
U.S. iPhone carriers AT&T and Verizon have unveiled new prepaid plans ahead of the launch of the fifth generation iPhone handset. The two plans, AT&T's "GoPhone" and an unlimited Verizon plan, will be available before the end of the week. AT&T's "GoPhone" This plan will be available to customers from September 18, and will cost $25/month. For this, customers get 240 nationwide voice minutes and unlimited nationwide messaging. However, for an additional $10 GoPhone customers can use 250 voice minutes to make calls to 50 countries. These minutes must be used within 30 days. It's also possible for GoPhone customers to roam in Canada: The carrier will charge 39 cents per voice minute, 25 cents per text message sent and 20 cents per text message received. Verizon's unlimited plan The new plan from Verizon (which will be available from Thursday) is more expensive at $50/month, though it is "unlimited" in every sense of the word: This plan gives customers unlimited voice minutes, texts and data, and will be sold via Best Buy, Wal-Mart and Target, along with Verizon stores, according to The Wall Street Journal. As explained by a Verizon spokesperson:

This is a very competitive market, and we want to make sure we have a price portfolio to fit a greater number of customers. In these times, there are some people who would prefer living on a prepaid plan.

Apple is expected to announce the iPhone 5, its fifth generation smart phone, in the coming weeks. While AT&T and Verizon will carry the handset in the United States, many have been wondering whether Sprint, the nation's third-largest carrier, will play a part in the future of the iPhone, beginning with the iPhone 5. As mentioned, AT&T's "GoPhone" plan will be available from September 18, while the unlimited Verizon plan launches this Thursday. Considering both carriers are no longer offering iPhones with unlimited data usage, let us know your thoughts on the above in the comments. [via Apple Insider] 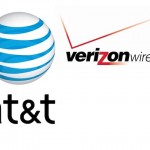