You are using an outdated browser. Please upgrade your browser to improve your experience.
by Bryan M. Wolfe
September 21, 2011
We heard the announcement and offered our opinions, now the question is: When Can I Buy An iPhone 5? Assuming All Things Digital’s original post is correct and Tuesday, October 4 is the day the iPhone 5 is revealed, the handset should arrive in a matter of days. According to CNN/Money, Apple has been quicker at releasing new products after the big unveils. For example, while the original iPhone took 171 days between its unveiling (in 2007) and release, the iPhone 4 took just 17 days in 2010. Better still, the iPad 2 launched just nine days after its introduction earlier this year. Our best bet, which we first discussed here, is that the iPhone 5 will launch worldwide on Friday, October 14. That would be ten days after it is officially announced. Plus, expect iOS 5 to arrive around the same time, perhaps a day or two prior. Thoughts? 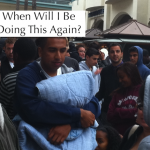 Forget The Big Reveal, When Will The iPhone 5 Launch?

Forget The Big Reveal, When Will The iPhone 5 Launch?
Nothing found :(
Try something else