You are using an outdated browser. Please upgrade your browser to improve your experience.
by Bryan M. Wolfe
September 22, 2011
With Apple rumored to be announcing a new line of iPhones on October 4, expect more Apple rumors between now and then. Today, two photos leaked apparently showing an iPhone 4S case. Posted by Chronic @chronicwire on Twitter, the photos (shown above) are of a Otterbox Commuter case for the “iPhone 4S.” According to Macstories, Chronic has been mostly-successful providing Apple-related “leaks” in the past.

For instance, he posted screenshots of several internal iOS 5 settings (high-quality YouTube and FaceTime over 3G), as well as information in the weeks that lead up to Apple’s Back to School promotion in June. Chronic was, however, incorrect in reporting MacBook Air updates weeks before Apple actually shipped the refreshed models.

So, should we assume these photos are genuine? Who really knows! However, if similar photos surface, it would suggest some confirmation that Apple is planning to offer two handsets after October 4. As a summary, multiple rumors suggest Apple will release an iPhone 4S and iPhone 5 sometime in October. While the first of these is apparently a cheaper version of the iPhone 4, the second will be entirely new. As such, this iPhone 5 will come with a better camera, A5 processor, and other improvements. One photo making the rounds today that apparently isn’t real is the following. 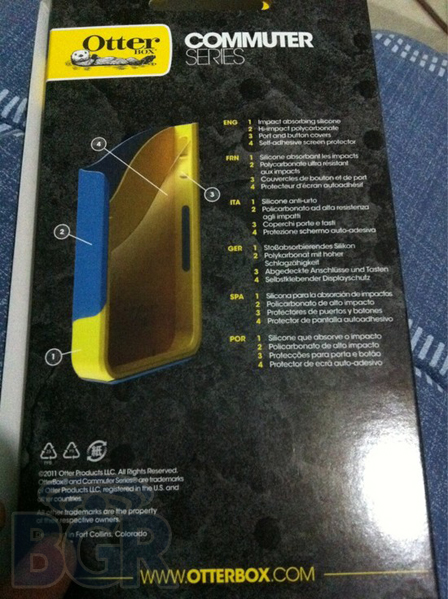 Probably Not An iPhone 4S Case

Originally posted by BGR, the photo shows what appears to be a case for an iPhone with a slightly larger camera sensor than the current model. In debunking the photo later, BGR states:

Multiple people have reached out to let us know that the larger camera opening has to do with the LED flash on the current iPhone 4 and not a potential larger camera sensor. As such, the cases pictured above are likely not indicative of a new iPhone model.

As usual, we'll keep you updated. 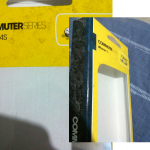 Otterbox Has A New Case - For The iPhone 4S

Otterbox Has A New Case - For The iPhone 4S
Nothing found :(
Try something else