You are using an outdated browser. Please upgrade your browser to improve your experience.
by Tommy Ly
October 25, 2011
Apple is well known for making things better. Whether it's devices or just our daily lives, Apple has been able to improve how we do the things we do, and what we use to do them. The iPod was not the first digital music player. Nor was the iPhone the first smartphone. The same goes for the iPad not being the first tablet computer. See a pattern? Apple has taken great ideas like the digital music player, smartphone, and tablet computer, and completely redefined them, and they aren't stopping there. Much as we predicted, Bloomberg reports that Jeff Robbin, who helped create the iPod and iTunes, is leading an internal development team in creating an Apple television, according to "three people with knowledge of the product." In Steve Jobs' biography, Apple's late co-founder was quoted talking about the television.

"I’d like to create an integrated television set that is completely easy to use. It would be seamlessly synched with all of your devices and with iCloud. It will have the simplest user interface you could imagine. I finally cracked it."

Currently, Apple TV is the closest thing to an Apple television. However, some may argue that only having access to YouTube, Netflix, iTunes content, and media you already have on your computer is hardly television. If these reports are true, then it's safe to say TV manufacturers like Samsung and Sony will have something to worry about. Imagine an Apple television with software akin to iOS and OSX, able to be controlled with Siri, with built-in access to your media from iCloud or iTunes Home Sharing, and with a beautiful screen like Apple's LED Cinema Display. What do you think? Would an "iTV" be a game changer? 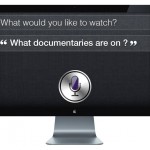 Apple Television Development Being Led By iTunes Creator?
Nothing found :(
Try something else