You are using an outdated browser. Please upgrade your browser to improve your experience.
by Joe White
October 18, 2011
A couple of days ago, we told you how Sprint's iPhone 4S appears to run slower than both the AT&T and Verizon handset. Now, amidst claims that iPhone 4S is crushing Sprint's network, the new iPhone carrier on the block has issued a statement in which it rejects the allegations made against its network. A recent video comparison noted that the iPhone 4S appears to run slowest on Sprint's network, while there didn't appear to be much between AT&T and Verizon. Following this, Sprint released a statement (via PCMag) in which it defends the network, claiming that incidents of slow data speeds are few and far between, and depend entirely upon circumstance:

As always, Sprint is carefully monitoring the performance of the 3G network. We are looking into a small number of reports of slow data speeds when using the iPhone 4S, however there are also reports showing that Sprint’s network is the fastest, such as the Gizmodo report that came out earlier today. Speed tests represent a moment in time and are subject to many variables including weather, time of day, device, and proximity to a tower. Sprint will continue to monitor the feedback we are getting from our customers and will investigate and resolve any issues that may arise.

However, the research behind this statement appears to be a little off. While Gizmodo has published the results of its iPhone 4S speed test, Sprint's network isn't the fastest, and in terms of average speeds, it is in fact the slowest of all three. If you have an iPhone 4S with Sprint, let us know how the carrier's network is holding up for you in the comments. [via MacRumors] 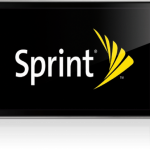 Sprint Denies That Its iPhone Is The Slowest

Sprint Denies That Its iPhone Is The Slowest
Nothing found :(
Try something else