You are using an outdated browser. Please upgrade your browser to improve your experience.
by Joe White
October 18, 2011
Starbucks' "Pick of the Week" promotion, which sees the coffee chain give away free iTunes downloads to customers each and every week, is now available in the UK. As noted by The Telegraph, the launch of Starbucks' promotion in the UK comes after the coffee chain announced that it will provide its UK coffee shops with free Wi-Fi networks, which users will be able to access without the need for a Starbucks account. The first free downloads offered by the promotion include a James Morrison track ("My Dreams") and an iBook, "Limitless," by Alan Glynn. According to The Telegraph:

Future artists will include Coldplay, Tony Bennett and The Kooks.

When anyone buys a product in one of Starbucks’s 700 UK stores, they will be handed a ‘Pick of the Week’ download card. Once the cards are distributed, customers will have up to 60 days from the date they are available to redeem the complimentary offering on iTunes.

Starbucks' promotion has proved to be very successful in the United States, and it's undoubtedly something UK Apple fans will appreciate, too. If you live in the UK, let us know if you've spotted the "Pick of the Week" packs in the comments below. [via TiPb] 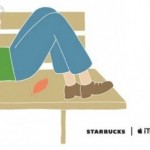 Starbucks' "Pick Of The Week" Launches In The United Kingdom

Starbucks' "Pick Of The Week" Launches In The United Kingdom
Nothing found :(
Try something else