You are using an outdated browser. Please upgrade your browser to improve your experience.
by Lenny Liang
November 15, 2011
Many sites, including this one, have reported on Project Black Mirror, which claimed to convert mere thought into an iPhone Siri command. Soon after, numerous scientists and engineers declared the project a fraud. One of the most outspoken naysayers, has been Trevor Coleman, a co-founder and chief operations officer at InteraXon, a thought-control computing company, which specializes in experience design for brain-computer interfaces. On his blog, Coleman writes a lengthy post entitled, "Why the Brainwave/Siri hack is a hoax, and why it's important that you know." In an effort to separate truth from fiction, AppAdvice directly interviewed Coleman. Here is the interview: 1. Tell us about InteraXon. Who are you and what do you do? What is your company's vision? TC: InteraXon is the world leader in user experience design for brainwave-controlled computing applications. We have spent the last four years creating exciting and innovative experiential marketing activations. We are now turning our focus towards our own consumer product, and are currently raising money to complete its development. We're in stealth mode, so I can't say what it is just now, but we'll be making a major announcement about the first half of 2012. 2. What are your reactions to Project Black Mirror? TC: More than anything I'm disappointed by it. It damages the work of the thousands of researchers, designers, and entrpreneurs around the world who are spending their lives trying to bring this amazing technology to market. I see so many ways in which brainwave-enabled applications can improve people's lives -- from ADD treatment, to stress relief, to more intuitive and human user interfaces. A hoax like this holds back innovations in the space from reaching the market, because it makes it that much harder to get meetings, raise money, and form partnerships. 3. In laymen's terms, can you explain why Project Black Mirror is a hoax? TC: There are a number of ways to tell this is faked. For one, it's not possible to read EEG signals with an Arduino analog input. The signals are too weak. Also, on their page they say that they read 0v as low activity, and 5v as high activity. But brainwaves don't work like that. Brainwaves are more like radio stations. You're looking for energy in a certain frequency bandwidth, not an overall increase in energy. Also, the circuit they've built there is non-functional. The parts are not connected. There's no way that setup does anything, let alone read brainwaves. For a more detailed explanation people can check my blog post at http://www.interaxon.ca/blog/ 4. What message would you like to convey to the general public that watched the Project Black Mirror video? TC: Stay tuned! This may be a hoax, but brainwave-based technology is real. So while a thought-to-Siri interface is a few years off, there are going to be some exciting developments in the space, particularly in the mobile/iOS market. 5. What are the most common misconceptions of thought-controlled computing, which you'd like to dispel? TC: First off, we can't read words or pictures out of someone's head. People can stop worrying about us "stealing their thoughts." It's just not an issue. Second, reading brainwaves requires close proximity to the head. There's no way to read brainwaves at a distance. If someone is reading your brainwaves, you'll know because you chose to put on a headset. Third, we can't put thoughts into your head. There's no way to change what someone is thinking using brainwaves. Brainwaves are generated by your brain, and the headset only measures them. 6. Where do you see the technology going in five years? In 10 years? Is the type of technology demonstrated in the Project Black Mirror Video ever going to be feasible? If so, when? TC: While "thought-controlled computing" is a sexy concept, it's going to be a while before the "control" is accurate enough to be useful in the way that people hope it will be. So in the near term we think the applications will be focused on providing users with information about themselves, and allowing them to use that information for self-improvement. The next phase will happen when there reaches a critical mass of headsets in the market. At this point applications based around sharing and communication will begin to appear. That's 3-6 years out. The last stage is when computers truly begin to understand people, and can respond to your thoughts almost before you have them. Whether a system like Project Black Mirror can ever be accomplished using EEG remains to be seen. Definitely for people who suffer from quadraplegia and lock-in syndrome, these technologies are coming a lot sooner. The Braingate system is an example of what invasive technologies can do for people with disabilities, but it will be a long time before a healthy person willingly undergoes brain surgery to receive a neural implant. 7. Finally, a fun question. If you could share your research (either from a scientific or application standpoint) with any fictional character or person from history, who would it be? TC: I think I'd pick someone like Isaac Newton. It would be terrific to show him how his laws of motion and development of calculus had created a world in which ordinary people could do things he would think of as miracles. I think it would be pretty fun to blow someone's mind like that. 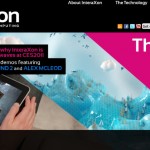 AppTalk: Interview With InteraXon COO - Why Project Black Mirror Is A Hoax

AppTalk: Interview With InteraXon COO - Why Project Black Mirror Is A Hoax
Nothing found :(
Try something else