You are using an outdated browser. Please upgrade your browser to improve your experience.
by Joe White
November 30, 2011
The popular universal MarkdownMail application, which allows users to compose and send HTML emails on an iOS device, has just received an update. Now, the application features support for signatures, templating and boasts a much improved user interface. Furthermore, a variety of changes have been made to MarkdownMail, and a number of bugs have been squashed. As outlined in the application's release notes, changes made in the latest version (3.0) of MarkdownMail include: If you're not familiar with the app, MarkdownMail utilizes John Gruber's popular Markdown syntax and allows users to send fully formatted emails from an iOS device. Though iOS 5 has added bold, italics and underline to the built-in Mail app, with Markdown, users can truly format the emails they send from an iOS device quickly and easily. The application is currently available to download in the App Store for $2.99, and as mentioned, it's natively compatible with all of Apple's iOS devices. Take a look at the recently updated MarkdownMail now, and feel free to post your thoughts in the comments. 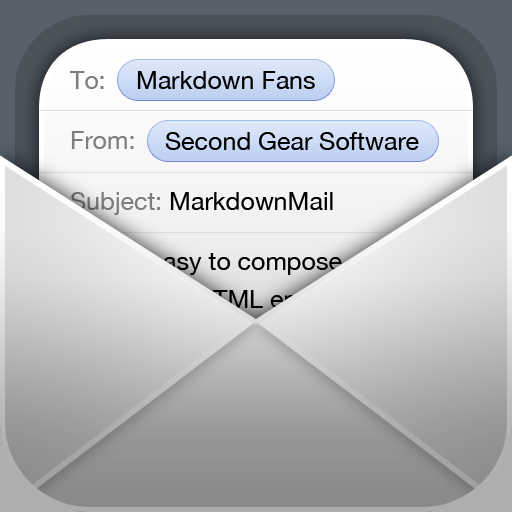 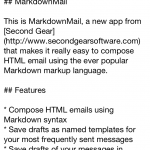