You are using an outdated browser. Please upgrade your browser to improve your experience.
by Joe White
November 30, 2011
A new survey conducted by Consumer Intelligence Research Partners (CIRP) has found that 45 percent of new iPhone owners broke a contract in order to buy or upgrade to a new model. Furthermore, of these customers, over 70 percent paid a termination fee of $100 or greater in order to break their contract and grab a newer handset. The news comes in a report from All Things Digital, which explains that CIRP questioned "iPhone purchasers" between October 31 and November 10. Just under half of these purchases (45 percent, to be exact) admitted to having "broken a contract with their current or previous carrier to buy or upgrade to the device." The survey also notes that, of this figure, a further 70 percent had paid a termination fee of $100 or more in order to get the new iPhone handset. This means that just over 30 percent of the iPhone purchasers surveyed paid $100 or more in an early termination fee when buying or upgrading to a new iPhone handset (between October 31 and November 10). Part of the issue, of course, is that, while Apple brings out a new iPhone more or less every 12 months (with this year being the obvious exception), carriers refuse to offer 12 month contracts, instead pushing customers towards 18 or 24 month contracts. Therefore, if you're an Apple fan lusting over the latest model, the only way to purchase a new iPhone handset if you're already signed-on to a contract is either to attempt to break that contract (as around 30 percent of iPhone customers appear to do), or to purchase an unlocked iPhone handset and continue using the micro-SIM from your current contract. All Things Digital cites a handful of other interesting facts taken from CIRP's investigation: Let us know your thoughts on the survey (including whether you broke a contract in order to purchase the iPhone 4S) in the comments. 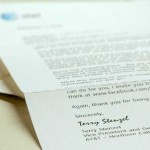 New Survey Finds Many iPhone Fans Break Contracts To Get Latest Model
Nothing found :(
Try something else