You are using an outdated browser. Please upgrade your browser to improve your experience.
by Joe White
December 13, 2011
Apple has just announced that it is today launching the iTunes Store and its iCloud-powered iTunes in the Cloud feature in Brazil and Latin America. Furthermore, the company also stated that Brazilian Apple fans will be able to take advantage of its iTunes Match service for a $24.99/year annual fee. The news hit the Web via a press release in which Apple announced:

The countries in which iTunes Match and iTunes in the Cloud have launched are: Brazil, Argentina, Bolivia, Chile, Colombia, Costa Rica, Dominican Republic, Ecuador, El Salvador, Guatemala, Honduras, Nicaragua, Panama, Paraguay, Peru and Venezuela. Below, we've included the full press release for you to check out.

SAO PAULO, Brazil—December 13, 2011—Apple® today announced the launch of the iTunes Store® in Brazil (www.itunes.com/brazil) with an incredible selection of Brazilian and international music from all the major labels and thousands of independent labels. Launching with a catalog of over 20 million songs, the iTunes Store in Brazil features local artists including Ivete Sangalo, Marisa Monte and the digital debut of Roberto Carlos’ catalog, available to purchase and download along with a wide range of international artists including the Beatles, Rihanna, Coldplay and thousands more. With most songs priced at 99 cents and most albums at $9.99, the iTunes Store in Brazil is the best way for iPad®, iPhone®, iPod®, Mac® and PC users to legally discover, purchase and download music online. The iTunes Store in Brazil offers over a thousand movies to rent or purchase, with many in stunning HD, from major studios including 20th Century Fox, Paramount Pictures, Sony Pictures Home Entertainment, Universal Pictures, The Walt Disney Studios and Warner Bros. Pictures. The iTunes Store in Brazil now joins the revolutionary App Store™, which offers more than 500,000 apps to consumers in 123 countries, reaching hundreds of millions of iPad, iPhone and iPod touch® users around the world. Customers have downloaded more than 18 billion apps to date. Apple is also bringing the iTunes Store to 15 additional Latin American countries including Argentina, Bolivia, Chile, Colombia, Costa Rica, Dominican Republic, Ecuador, El Salvador, Guatemala, Honduras, Nicaragua, Panama, Paraguay, Peru and Venezuela. The iTunes Store in Brazil and Latin America offer music from major labels EMI Music, Sony Music Entertainment, Universal Music Group and Warner Music, and thousands of independent labels. All music on iTunes® comes in iTunes Plus®, Apple’s DRM-free format with high-quality 256 kbps AAC encoding for audio quality virtually indistinguishable from the original recordings. iTunes in the Cloud lets you download your previously purchased iTunes music to all your iOS devices at no additional cost, and new music purchases can be downloaded automatically to all your devices. In addition, music not purchased from iTunes can gain the same benefits by using iTunes Match℠, a new service that upgrades your music to iTunes Plus when matched to the over 20 million songs in the iTunes Store catalog. iTunes in the Cloud is available today for free in Brazil and Latin America and iTunes Match is available today for a $24.99 annual fee in Brazil. Pricing & Availability iTunes 10.5.1 for Mac and Windows includes the iTunes Store and is available as a free download from (www.itunes.com/brazil). iTunes Store purchases require a valid credit card with a billing address in country. Apple designs Macs, the best personal computers in the world, along with OS X, iLife, iWork and professional software. Apple leads the digital music revolution with its iPods and iTunes online store. Apple has reinvented the mobile phone with its revolutionary iPhone and App Store, and has recently introduced iPad 2 which is defining the future of mobile media and computing devices. 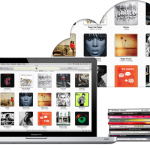 Apple Launches iTunes Store In Brazil And Latin America, Brazil Also Gets iTunes Match
Nothing found :(
Try something else