You are using an outdated browser. Please upgrade your browser to improve your experience.
by Joe White
December 20, 2011
Since December 16, Apple fans still rocking an iPhone or iPod touch on iOS 3.1.3 have been unable to download iOS applications directly from the App Store. Instead, iOS device owners stuck running iOS 3.1.3 must purchase and download applications in iTunes and sync them across to their iPhone or iPod touch. The has been discussed in an Apple Support Communities thread, and reached us via Engadget. It's bad news if you're still using an original iPhone under iOS 3.1.3, or chose to keep your iPhone 3G running on this version of the iOS (a wise choice, as many believe iOS 4 is too much for the iPhone 3G to handle). As of this moment, Apple hasn't released an official statement regarding the phenomenon. Let us know in the comments if you've encountered the issue, and we'll be sure to let you know if any more news regarding this problem hits the Web. 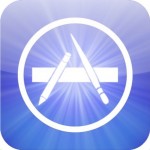 If You're Still Running iOS 3.1.3, You Can No Longer Download Applications Directly From The App Store Application

If You're Still Running iOS 3.1.3, You Can No Longer Download Applications Directly From The App Store Application
Nothing found :(
Try something else