You are using an outdated browser. Please upgrade your browser to improve your experience.
by Joe White
December 31, 2011
Pocket Lists ($2.99) is a fully featured to-do application that has recently appeared in the App Store. Though a number of other GTD apps are already available, the reasonable price, design and feature-set of Pocket Lists makes it something rather more interesting that just another run-of-the-mill to-do application. As outlined in the app's release notes, features of Pocket Lists include: Furthermore, Pocket Lists boasts a number of "power features" which include the following: If you're displeased with your current to-do client or don't yet use one, consider purchasing and downloading Pocket Lists. As mentioned, it's currently available in the App Store for $2.99. 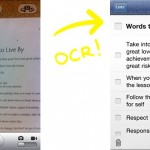 Pocket Lists - More Than Just Another GTD App
Nothing found :(
Try something else