You are using an outdated browser. Please upgrade your browser to improve your experience.
by Christine Chan
December 23, 2011

Air Dictate ($0.99) by Avatron Software, Inc. allows you to use your iPhone 4S to dictate on your Mac (sorry Windows users).

If you have an iPhone 4S, then you should be aware of how much easier life is when you are able to dictate things like email and messages, perhaps even a note. While you may not use it all the time, when you do, it can actually save you quite a bit of time, since it’s faster to speak than to type (usually). 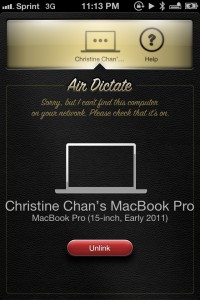 If you have ever wanted to have dictation on your Mac, solutions weren't cheap. Perhaps you would have to drop some money on expensive software, such as Dragon Dictate for Mac. However, these programs can be pricey, and you may not have the money for it at the moment (times are tough). But Avatron has now brought a simple solution -- using your iPhone for dictation, thanks to Air Dictate.

To use Air Dictate, you will first have to download and install the free Air Dictate Receiver app. Once this is installed and running on your computer, simply launch the iPhone app. If both your iPhone and Mac are on the same Wi-Fi network, then your Mac should appear in the iPhone app, once you authorize it on the computer. Setup with multiple Macs is very easy -- once you do it on one, just repeat it for all the Macs you want to use it with. When using Air Dictate, just make sure that the desktop app is running and select the computer you want from the slider in the iPhone app.

When you want to start dictating, just tap on the button. You’ll hear the familiar Siri/dictation sound on your iPhone, and then speak to it. Once you’re done, tap the button again, and the dictation will process. For punctuation, make sure to say the punctuation (period, comma, colon, new line, etc), otherwise, the dictation will just spell out the word in what would be a run-on sentence. I’m sure that if you are using an iPhone 4S already, you should be aware of how the dictation works. 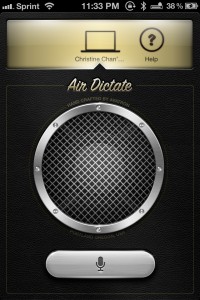 The important thing to keep in mind with Air Dictate is that it is just a dictation app. Unlike the other app that we mentioned this week, Vocal, Air Dictate does not allow you to fully control your computer using your iPhone 4S. Air Dictate is just for speaking your words rather than typing them. Just make sure that you're in an active space where text can be entered, and the app will do the work for you.

During my use with Air Dictate, it worked very well. The results were fairly accurate, though sometimes the dictation would get the wrong word, but this is easily fixed. Sometimes it takes a while for the text to come up, but I am pretty sure that is because the dictation on the iPhone 4S is dependent on a good data connection. Overall, I’m impressed with the app, since I can now have dictation on my Mac without having to pay over a hundred dollars for such software.

The other great thing about Air Dictate is how it looks. Even though you are just using your iPhone as a catalyst for dictation on your Mac, the app just looks downright gorgeous. Avatron didn’t cut any corners on making a quality piece of software.

If you want to be able to dictate on your Mac and have an iPhone 4S, then download this app – you won’t be disappointed. 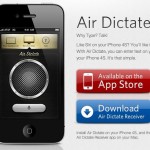 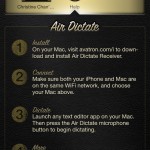 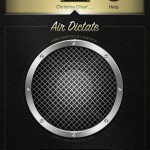 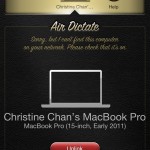 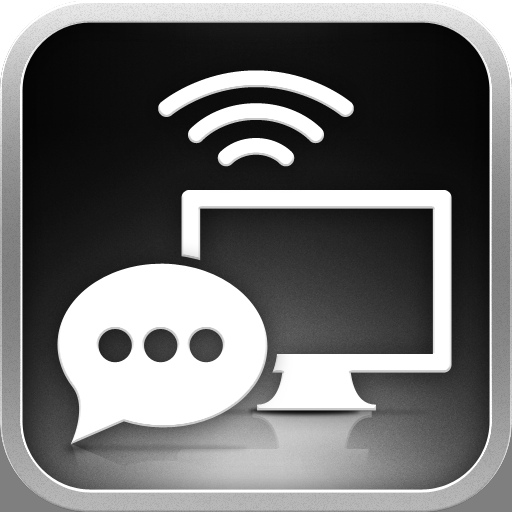 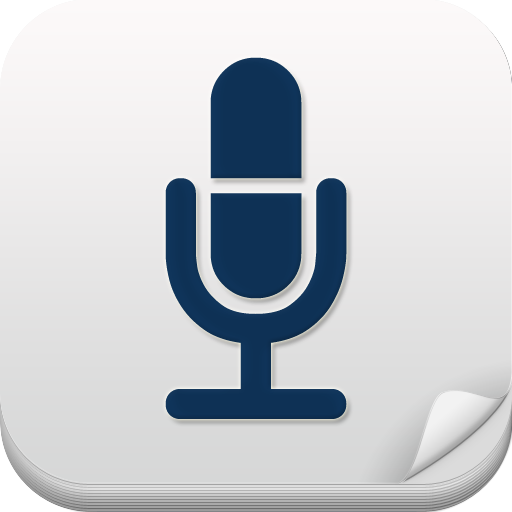 Avatron's Air Dictate Brings Dictation To Macs For iPhone 4S Owners
Nothing found :(
Try something else