You are using an outdated browser. Please upgrade your browser to improve your experience.
by Joe White
January 14, 2012
The jailbreak exploit that powers the Chronic Dev Team's Corona package has reportedly been patched in the latest beta version of iOS 5.1. Because of this, potential jailbreakers are advised to update to iOS 5.0.1 before it's too late, and avoid iOS 5.1 at all costs once it finally goes live. Apple's current version of the iOS, iOS 5.0.1, is indeed jailbreak-able. Thanks to the work of @pod2g, an untethered jailbreak solution is available for Apple A4-powered iOS devices in the form of Corona - a handy jailbreak tweak that was created by the Chronic Dev Team. However, a number of reports from iOS developers have noted that Apple has patched this exploit in the latest beta version of iOS 5.1. Because of this, Apple fans wishing to jailbreak their iOS device (either now, or at some point in the future) are advised to download iOS 5.0.1 while it is still being "signed" in iTunes - basically, while everything is still official. It's possible to only officially download the latest version of Apple's iOS: currently, this is iOS 5.0.1 (the jailbreak-able version), but in the near future - perhaps even in a few days or weeks - this will be iOS 5.1, which can not currently be jailbroken. You can download and install iOS 5.0.1 by plugging your iOS device into your computer, launching iTunes and, in the iOS devices pane (to the left of the app), clicking "Update." However, do be sure to do this before Apple launches iOS 5.1 to the public (we'll let you know once it's live). Good luck, and remember: if you wish to preserve your iOS device's jailbreak (or its potential to be jailbroken), avoid iOS 5.1 once it launches. [via Redmond Pie] 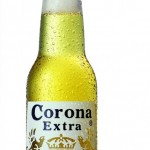 Jailbreak Only: Apple Patches Corona Exploit In iOS 5.1 - Make Sure You've Updated To iOS 5.0.1
Nothing found :(
Try something else