You are using an outdated browser. Please upgrade your browser to improve your experience.
by Joe White
February 3, 2012
Earlier today, Apple was forced to remove every 3G iOS device from its German Online Store apart from the iPhone 4, due to a Motorola injunction. The iPhone 3GS, iPhone 4 and 3G-capable iPads have been removed from the Apple Online Store in Germany, and only the iPhone 4S remains. The injunction was filed by Motorola due to Apple's infringement of FRAND-pledged patents, which were essential for the company's 3G products in the German Apple Online Store. However, the iPhone 3G, iPhone 4 and 3G-capable iPads are still available to purchase in Apple Retail Stores and from resellers (the rules are different for retail stores, and the injunction only affects the German Apple Online Store). Following the original publication of this news, paidContent received an email from Apple regarding the matter:

While some iPad and iPhone models are not available through Apple’s online store in Germany right now, customers should have no problem finding them at one of our retail stores or an authorised reseller. Apple is appealing this ruling because Motorola repeatedly refuses to license this patent to Apple on reasonable terms, despite having declared it an industry standard patent seven years ago.

In short - we haven't heard the last of this dispute. Besides placing an injunction on Apple's 3G-capable devices, another injunction was placed on iCloud, as The Next Web reports:

Apple also saw Mannheim courts place a permanent injunction on its iCloud-capable products earlier in the day, although this was limited to Apple’s Irish business, and may not affect actual sales of its products in Germany.

Talk about a bad day! If any more news regarding either injunction hits the Web, we'll be sure to update this post - so check back with us. UPDATE This just in via Boy Genius Report:

Sales of Apple’s iPhone 4, iPhone 3GS, iPhone 3G and iPad 2 Wi-Fi + 3G resumed on Friday after a permanent injunction was initially enforced early Friday morning. ”All iPad and iPhone models will be back on sale through Apple’s online store in Germany shortly” an Apple spokesperson told SlashGear in a statement. “Apple appealed this ruling because Motorola repeatedly refuses to license this patent to Apple on reasonable terms, despite having declared it an industry standard patent seven years ago.”

Somehow, I didn't think it would take long for Apple to jump over this hurdle. If there are any more developments we'll update this post again. 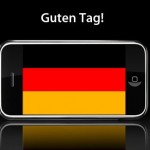 Apple Forced To Remove iPhones, iPads From German Online Store Due To Motorola Injunction [Updated]
Nothing found :(
Try something else