You are using an outdated browser. Please upgrade your browser to improve your experience.
by A.T. Faust III
February 16, 2012
Once, on the interstate, I almost ran over a mountain lion. Today, a Mountain Lion ran over me. Indeed, Apple blindsided the entire industry this morning (see our initial take here) with its announcement of OS X Mountain Lion. The update is something of a big one, too, expanding and rebranding the familiar desktop experience of last year's Lion release. Namely, the name: Apple's dropping "Mac" from the moniker. But don't worry -- MacRumors has it on good authority that

[t]he Macintosh (as Tim Cook prefers to call it) brand is still alive and well, though Apple seems to be focusing that term on hardware, instead of software.

As for the system itself, the melding of iOS with OS X continues full speed ahead. The Wall Street Journal recounts a telling part of Tim Cook's latest interview:

"We see that people are in love with a lot of apps and functionality here," said Mr. Cook, 51 years old, pointing at his iPhone. "Anywhere where that makes sense, we are going to move that over to Mac."

Perhaps the most significant crossover is Mountain Lion's new update distribution method. Instead of relying on its standalone Software Update application, iterative system releases will be handled exclusively inside the Mac App Store, a la iOS. Over time, we expect all of Apple's first-party productions to follow suit (and where Apple goes, third parties are never far behind). Furthering unification is the new Message app. This replaces iChat entirely, and is an all-encompassing IM solution. MacStories explains:

Whilst it will still work with old AIM, Yahoo!, Google Talk, and Jabber protocols, Messages is tightly integrated with the iMessage infrastructure from Apple, giving you access to the Apple ID account that you’re already using on iOS to send messages to your friends and family. Messages for Mac resembles the iPad’s interface for iMessage with a sidebar on the left listing your conversations, and features the same functionalities as well with media attachments, system integration, FaceTime shortcuts, and obviously the possibility of starting a conversation on your Mac and continue it on your iOS device thanks to iCloud.

Aside from the above, a number of smaller iOS-influenced additions are slated for prime time when Mountain Lion goes live this summer. OS X Daily outlines them thus: All that stuff sounds pretty awesome, but -- new features or not -- I just hope Apple finally fixes Safari. 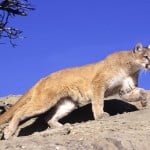