You are using an outdated browser. Please upgrade your browser to improve your experience.
by Brent Dirks
February 15, 2012
Just like that, with one statement and an upcoming software update, Apple has apparently ended the controversy regarding apps accessing and capturing users' address books without permission. The dust-up started last week with news that social app Path uploaded address books without specific permission from the user. After the news lit up the technology sphere, the company quickly confessed to the bothersome practice, issued an apology and a software update that required specific user permission. But the practice apparently was not confined just to Path as popular apps Yelp, Foursquare and Twitter came under fire with how contact information was used. The Twitter app, in particular, raised ire after it was found that a user's contact information is stored on servers for a full 18 months. After staying silent, Apple issued its first statement on the issue Wednesday to AllThingsD:

"Apps that collect or transmit a user's contact data without their prior permission are in violation of our guidelines," Apple spokesman Tom Neumayr told AllThingsD. "We're working to make this even better for our customers, and as we have done with location services, any app wishing to access contact data will require explicit user approval in a future software release."

Coincidentally or not, the statement came just shortly after a Congressional inquiry was sent to Apple about how apps are storing and using contact information provided by users. The letter to CEO Tim Cook, sent by Democratic Congressmen Henry Waxman and G.K. Butterfield, questioned whether consumer privacy is fully protected. The situation closely resembles a controversy last year concerning how much user location data was stored by Apple. The company quickly offered a software update to resolve any issues. Now that Apple has apparently settled the issue with the upcoming iOS update, are you still concerned? Or was the controversy overblown? 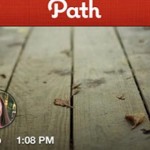 Apple Will Issue Software Update To Quell Address Book Controversy
Nothing found :(
Try something else