You are using an outdated browser. Please upgrade your browser to improve your experience.
by Bryan M. Wolfe
February 27, 2012
Apple’s well-known secrecy could eventually cost the company billions of dollars or at least some public discomfort, according to several legal experts. At issue is whether Apple’s “unusual methods” in acquiring the iPad trademark was legal, according to Reuters. In news first reported last week, China-based Proview Electronics is suing Apple for fraud, contending it was bullied “with oppression, fraud and/or malice,” when it agreed to sell its worldwide iPad trademark in 2009 for just $55,000. At the time, Proview believed it was selling the name to a “special purpose” entity, IP Application Development Limited. Only later, when the first-generation iPad was released, was this entity confirmed to be a front for the technology giant. While establishing a separate entity to acquire a trademark isn’t illegal, in this case, it was highly bizarre. "I have never encountered this level of ruse," said Martin Schwimmer, a trademark attorney based in New York, who contends Apple’s practices are highly “unusual.” According to Laura Young, a trademark attorney in San Francisco and China, Proview’s decision to sue Apple in the US could have public relations ramifications. She states:

“It gets all this bad-smelling stuff out in the public, and that doesn't look good for Apple.”

For its part, Apple has a number of defenses available. For one, Proview’s licensing deal with Apple said that the agreement itself “supersedes all prior representations and warranties.” In addition:

Since Proview did not ask for noncompete protections in the contract, then it may not matter what Apple's lawyers said in an email, Schwimmer said.

Finally, Anna Han, a technology-licensing professor at Santa Clara University School of Law in Silcon Valley, contends Apple may see no reason to defend the lawsuit at all. This is because Proview “sold the trademarks to the special entity - not to Apple, she said.” First announced in January 2010, the iPad has been a best seller for Apple. In the last quarter, for example, Apple sold 15.43 million units, or a 111 percent increase from 2011. No one believes Apple will lose the iPad name. Still, Proview could eventually see billions of dollars come its way, depending on what the courts say. Does Apple owe Proview something, or are these cases just bunk? The case in the Superior Court of California, County of Santa Clara is Proview Electronics Co. Limited and Proview Technology v. Apple Inc. And IP Application Development Limited, and Does 1-25, 12-cv-219219. 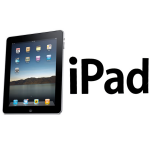 Apple's Secrecy Could Cost It Billions

Apple's Secrecy Could Cost It Billions
Nothing found :(
Try something else