You are using an outdated browser. Please upgrade your browser to improve your experience.
by Aldrin Calimlim
February 18, 2012
A class-action suit that stemmed from the much-publicized issue surrounding the weak antenna performance of the iPhone 4 has just been settled. CNET reports that, as part of the settlement, U.S. customers who purchased the iPhone 4 will have the option to choose between a free bumper case or cash amounting to $15. The lawsuit, which was made up of 18 separate suits and supported by a class of 25 million members, was a response to the technical issue dubbed as Antennagate. Upon the release of the iPhone 4, users started complaining about significant signal strength reduction and frequent dropped calls resulting from the mere act of gripping the phone in the lower left corner. Consequently, legal action was pushed against Apple for fraud by concealment and misrepresentation. For two months, starting in mid-July of 2010, Apple had sought to appease affected consumers by providing them with free bumper cases. Whether those who availed themselves of this initial case offer are still entitled to the cash or case stipulated in the settlement is yet to be confirmed. A website for the settlement has been registered, but it is currently inactive. The site will presumably have more information about the case as well as instructions on how to claim either of the two modes of compensation. An official email from Apple is also expected to be sent out as a reminder to customers. If you're one of the original buyers of the iPhone 4, have you made your choice between the $15 check and the bumper case? Or has the issue faded into oblivion for you? 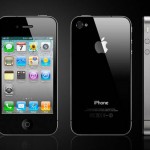 As Part Of Antennagate Settlement, iPhone 4 Buyers To Be Given $15 Or Bumper Case

As Part Of Antennagate Settlement, iPhone 4 Buyers To Be Given $15 Or Bumper Case
Nothing found :(
Try something else