You are using an outdated browser. Please upgrade your browser to improve your experience.
by Joe White
February 9, 2012
Apple's 'humble personal assistant" - Siri - is great, but currently she (or "he," if you live here in the UK) only supports a handful of languages: English (British, American and Australian variants), French and German. However, a new report claims that Apple is preparing to launch support for three additional languages - Chinese (Mandarin), Japanese and Russian - as early as next month. The news comes from Tech in Asia, whose source is a Chinese technology website called DoNews:

From this source it claims that Siri will launch in Chinese next month, and is already undergoing internal testing this month. In addition to understanding and speaking Chinese, Siri will soon also be able to give local information and navigation – something that’s currently limited only to the US. At present, the Siri assistant speaks English, French, and German. So if you’re Chinese, you’ll have to ask it stuff in English for the time being.

The iPhone 4S has been a huge success in China, and sales of the handset even had to be initially postponed due to extreme popularity. Since Siri launched Apple has stated that it is planning on rolling-out support for additional languages ASAP, and notes on its support webpage that the company plans to launch support for Japanese, Chinese, Korean, Italian and Spanish this year. Here's hoping support for additional languages launches soon. As always, we'll  keep you posted. [via iDownloadBlog] 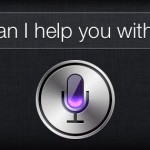 Could Siri Gain Support For Chinese, Japanese And Russian Next Month?

Could Siri Gain Support For Chinese, Japanese And Russian Next Month?
Nothing found :(
Try something else