You are using an outdated browser. Please upgrade your browser to improve your experience.
by Joe White
February 29, 2012
Jailbreakers might be more than happy with Jay Freeman's amazing Cydia Store, but that doesn't mean a series of competitors haven't attempted to steal the jailbreak application store crown over the years. Now, a new creation called iTweak is set to offer jailbreak fans an alternative to Cydia, and should be launching in the near future. According to an email which reached us from the developers of iTweak, the potential Cydia alternative promises to be faster than the Cydia Store - which is its main "selling point." Furthermore, iTweak, which will offer users jailbreak tweaks and themes, is said to run through the mobile Safari, and only takes a few moments to install. Besides the email we received - and iTweak's webpage, which recently went live - we don't know much about the upcoming jailbreak application store. For such a long time, Cydia has ruled supreme in terms of the go-to jailbreak app store and for a good reason - Jay Freeman has built up a concrete, stable and useable creation in Cydia, and I for one think that stealing users away from Cydia is going to be a hard task to accomplish. Either way, we'll keep you posted. You can also keep half an eye on iTweakStore.com, the official website of the upcoming iTweak jailbreak application store. 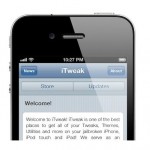 Jailbreak Only: iTweak - An Upcoming Cydia Alternative
Nothing found :(
Try something else