You are using an outdated browser. Please upgrade your browser to improve your experience.
by Juli Clover
February 11, 2012

Eufloria HD ($4.99) by Omni Systems Limited is the single most unique real time strategy game that I’ve had the pleasure of playing. This indie game was originally developed for the PC in 2009, but it’s the kind of game that really shines with the iPad’s touchscreen controls.

The game is set in a futuristic space environment where you take over the management lifeforms known as Euflorians, and help them conquer asteroids in deep space, using resources to grow a colony of semi-organic plants. Of course, not all is peaceful in the war for resources, and you must battle other similar lifeforms to gain control of the asteroid belts found in each level.

Eufloria is procedurally rendered, so levels will look different each time you play. It’s an uncomplicated game with simple graphics, but that’s where its charm and beauty lies. It is gorgeous, it is elegant, and it is a joy to play. Atmospherically, it is most similar to Osmos, another game that impressed with its peaceful vibe and complex gameplay intricacies. 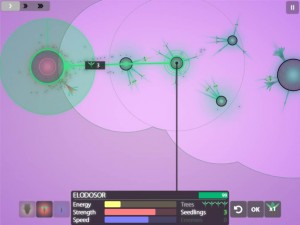 Each level in Eufloria consists entirely of barren asteroids, that must be colonized by your seedlings. Claiming an asteroid is done by planting a tree. You can plant a tree that will produce additional seedlings, or you can plant a defensive tree to keep enemies away. Seedlings are your attack units, and to conquer the level, you will need to build up a number of seedlings to both attack and defend your territory. You can build between two and five trees on asteroids, depending on the level, and each tree requires 10 seedlings.

The asteroids themselves have varying levels of three different attributes: strength, speed, and energy. If you plant a tree on an asteroid high in strength, the seedlings produced on that asteroid will share that attribute. It’s important to seek out strong planets for cranking out seedlings, since certain enemy defenses require stronger or more energetic seedlings.

That’s the basis of the gameplay - building seedlings to attack other seedlings. Later in the game, elements like rocket pods will be introduced, which are produced when your trees grow flowers. You can zoom in and out using touch screen controls, which allows you to be right in the seedling vs. seedling action or overseeing all of your asteroids at once when zoomed out.

Controlling seedlings is completely intuitive. Draw a line from one asteroid to the asteroid you want to conquer, and select how many seedlings to send from the radial menu. From there, you just need to tap once more to send the seedlings. It’s honestly a bit rare for an RTS to have such great controls, but I found no fault with the system the game uses. You can also rally seedlings at any asteroid, send just a certain type of seedling, and build up your asteroid stats by sacrificing seedlings. 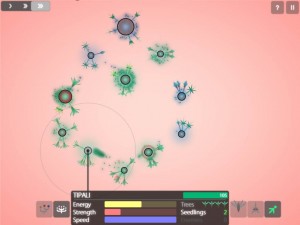 Each level is a tactical puzzle, and it does get difficult fending off the attacks from neighboring asteroids and deciding whether to attack right away or build up your units for a massive attack. Levels are challenging, but I haven’t run into anything too tough when on normal difficulty mode. If you are having trouble, you can adjust the difficulty at any time.

Finishing all of the levels in story mode will unlock two new gameplay modes, but if you want to skip levels and see other content right away, you can unlock them from the options menu as well, which was a nice touch.

I was excited to play Eufloria from the moment it was released in the App Store, because I am a sucker for a beautifully designed game. Luckily, its gameplay is not overshadowed by its looks. This is, at its core, a cleverly-designed well-polished RTS game that is a must buy. 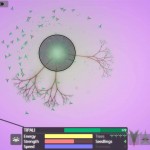 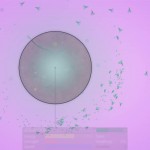 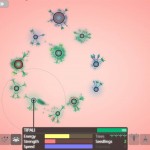 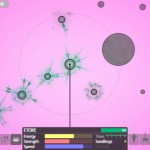 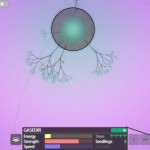 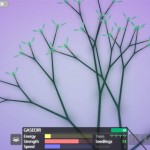 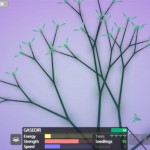 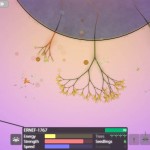 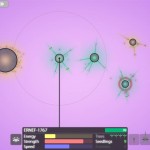 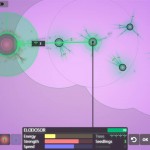 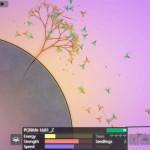 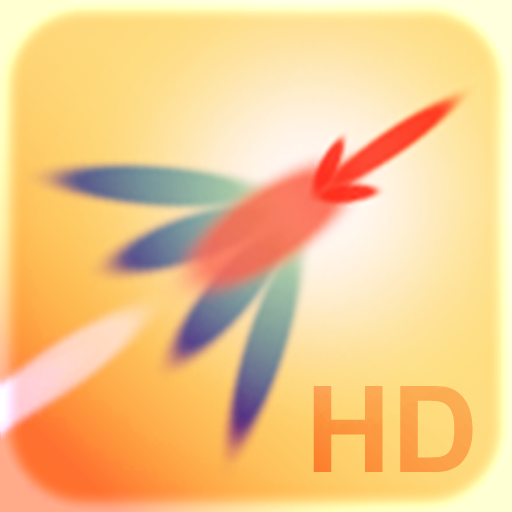 Eufloria HD
Omni Systems Limited
Nothing found :(
Try something else