You are using an outdated browser. Please upgrade your browser to improve your experience.
by Casey Tschida
February 20, 2012
Plenty of RC toys are getting the digital age treatment, meaning the analog remote control is replaced by your smartphone. Two of the several iOS app-controlled toys we've covered in the past six months are the iW500 wall climbing car and AppSpeed Monster Truck, both available at iHelicopters.net. Today, we're sharing the most recent addition to the reseller's catalog, the M-Racer Speed King stunt car racer. The M-Racer Speed King is a miniaturized dune buggy designed for both indoor and outdoor racing action. To control this sprite-sized speedster, attach the included transmitter to your iDevice, then launch the free iOS app. Controls are simple with one thumb doing the steering using a directional-pad and the other thumb controlling acceleration and braking via a slider. The app provides three different channel selections, allowing up to three cars to be used in close proximity simultaneously. Moving onto the technical specifications; the Speed King measures about 4.3 inches long, 2.75 inches wide, and an inch tall. Both the RF transmitter and race car charge through a USB connection that take an hour per unit. When fully charged, the transmitter will operate for about an hour of cumulative use, while the Speed King stunt car has an estimated runtime of about 15 minutes. The M-Racer Speed King package includes: • Stunt Car Racer (100% Assembled) • RF Transmitter • USB Charger Cable • Instruction Manual M-Racer Speed King is available for $49.95 in either green or orange color schemes. YJ-Helicopter is designed for iPhone and iPod touch running iOS 4.0 or later, and is available in the App Store as a free download. 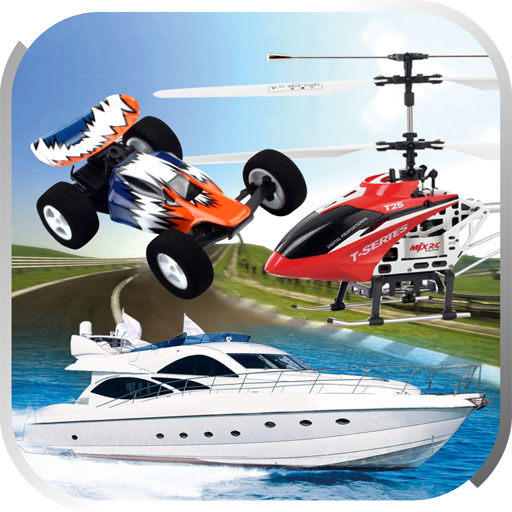 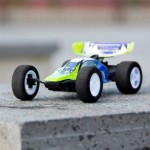 Take It To The Sidewalks And Streets With The Latest iOS-Controlled RC Car From iHelicopters.net

Take It To The Sidewalks And Streets With The Latest iOS-Controlled RC Car From iHelicopters.net
Nothing found :(
Try something else