You are using an outdated browser. Please upgrade your browser to improve your experience.
by Jamie Young
February 11, 2012

We were already disappointed with AT&T’s data throttling, which we demonstrated last month, and the hits just keep on coming.

Yep. They’ve done it again. AT&T keeps sticking their customers with data rates and other fees, and now there’s yet another reason you may want to find a different carrier.

In a letter obtained by BGR, AT&T stated, "Because the overall costs associated with upgrading to a new device have increased, effective Sunday, February 12, 2012, AT&T will change its upgrade fee from $18 to $36.”

"Overall costs." You're not fooling anyone, AT&T.

Nevertheless, the increase has been confirmed. AT&T is now doubling the upgrade fee. This is just in time for the next generation iPhone to be released, too: Imagine that. Now all of you 4S owners wanting to grab the iPhone 5 this year, will be paying just a little bit more than you thought. That is, if you’re an AT&T customer.

I hope the other carriers don't follow suit. But I can't help but wonder if this is AT&T’s way of making up for not acquiring T-Mobile like they had initially planned.

Maybe if enough people complain about this increased fee, AT&T will back down. Do you think so? Me neither. 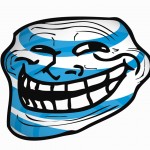 Upgrading Your 4S To An iPhone 5? Not Without A Little Extra Cash, If You're An AT&T Customer

Upgrading Your 4S To An iPhone 5? Not Without A Little Extra Cash, If You're An AT&T Customer
Nothing found :(
Try something else