You are using an outdated browser. Please upgrade your browser to improve your experience.
by Bryan M. Wolfe
March 2, 2012
The iTunes Store is an entertainment mecca to purchase most things digital. Unfortunately, missing among the apps, music and books is the ability to buy and stream TV content. However, Apple is trying to make sure that changes before Christmastime, according to The New York Post. While most of the recent Apple chatter has concerned the upcoming launch of the iPad 3, another huge product is being readied in Cupertino, California. The so-called iTV is largely expected to launch sometime this fall. Before that can happen, however, Apple needs to nail down commitments from content providers. So far, that hasn’t been easy. With Eddie Cue, Apple’s Senior Vice President of Internet Software and Services, as its point man, the company is working hard to negotiate streaming contracts with the powers in Hollywood. However, Apple’s negotiating stance is said to be summed up as “we decide the price, we decide the content,” according to a source close to the talks. So far, that stance hasn’t worked. Although things appear at a standstill at this point, Apple continues trying to work its magic. Cue, according to the report, is now said to be pursuing deals with telecom companies such as Verizon and AT&T. In doing so, Apple hopes to “get traction with a single player,” in the hopes of then pulling in everyone else. With a third-generation Apple TV expected to launch next week, Apple seems committed to bringing a TV service to the market. When it does, the first iTV will almost certainly arrive. Sounds like a terrific Christmas gift, don’t you think? 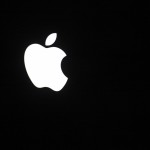 Apple Wants To Stream TV, But So Far Hollywood Says No

Apple Wants To Stream TV, But So Far Hollywood Says No
Nothing found :(
Try something else