You are using an outdated browser. Please upgrade your browser to improve your experience.
by Andy Nicolaides
March 2, 2012
For a company with Apple's huge wealth their product range is, when you look at it, relatively small. For Apple to continue its astronomical growth it is likely that they will have to expand their portfolio before too long. Many believe that a move into the television market will be Apple's next step, but what about beyond this? Will we see nothing but consumer electronics coming from "the worlds most admired company?" Well according to iDownloadblog, Apple may well be moving into the automotive sector. At least that is what could be inferred from a recent job listing. Apple is, apparently, in the market for an automotive engineer for an undisclosed project.  The posting, filed two weeks ago under LinkedIn's "Automotive" section is seeking a "new Product Integration supervisor" with knowledge of CNC machines and die casting. A CNC machine is, according to Wikipedia, a computer numerical control device. This doesn't help narrow down what is being worked on in the slightest, which is a bit of a shame! A section of the job listing reads:

Apple (China) Looking for SQE/NPI with over 4 years Mechanical engineering background familiar with CNC/die casting/stamping/plastic injection, can use APQP/PPAP/SPC to control product quality.”

So what are the chances of us all driving around in an Apple iCar come 2015? Frankly, slim to none but its fun to dream isn't it? I would say the most likely result of this job listing, if it is genuine, will simply be iOS integration into future dashboard components or maybe Apple's own GPS device. Either way I'm very interested to see where this will go. 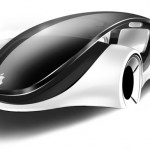 Could Apple Be Making An iCar?
Nothing found :(
Try something else