You are using an outdated browser. Please upgrade your browser to improve your experience.
by Christine Chan
March 10, 2012

Sometimes we just don’t have the time to read longer articles that we may come across on the Web, and we would rather just read it later. And with that, Marco Arment basically invented the “read it later” app space with Instapaper (a $4.99 app) in 2008. Almost a year later, his first direct competitor, Read It Later, came out in 2009, along with a free version. And now, in 2012, we have the third major direct competitor: Readability, which is completely “free.”

Now we have three choices to pick from for sending articles to read later. Which one is the best? Let’s find out.

Let’s start with the original. It’s only fitting, right?

Personally, I have been using Instapaper for the past several years. It has always been my go-to app for saving articles, and I absolutely love the features – features that are incredibly difficult to let go.

The Social Features Are Just So Good

With Instapaper, it’s not just about saving your own articles for reading later, it’s about the finding new stuff to read that keeps me committed to the service. How does Instapaper do this, exactly? It isn’t exactly a social networking service, such as Twitter or Facebook, but it is there.

If you link up your Twitter or Facebook accounts with Instapaper, then you are able to find your friends that are also using Instapaper. Once you “follow” them in Instapaper, you will be able to see what articles they are “liking” and even add these to your own reading list. The magical part is that Instapaper does not make it focused around how many “followers” someone gets – in fact, a user will never know that they have any followers to begin with. The focus is around finding other great content that may interest you, and less about the social. Think of it as an invisible social network that helps you find good stuff to read over some coffee (or tea!) in the morning.

The other part of Instapaper that helps you find great stuff to read is the hand-chosen “Editor’s Picks” section. If your queue is a bit empty, don’t fret! Some great content is just a few taps away, and I bet that you wouldn’t have found some of these articles otherwise. It also doesn’t hurt to broaden what you read about either – a lot of these articles aren’t my usual fare of technology and Apple stuff, so it’s refreshing to dig into something new.

Besides these two features for finding content, there are other perks of using Instapaper. One of the biggest is the ability to create folders to organize your articles into. I have accumulated hundreds (last time I checked) of articles in Instapaper, and some I like so much that I would prefer to keep them around for easy access.

However, keeping them in the Read Later list would make it hard to identify what I have already read, and archiving everything means I would have to do nothing but search (which requires a paid subscription that I am more than happy to pay for to keep an independent developer, such as Marco, going). I love that I am given the ability to create my own folders, and move articles into them for reference in the future. I may or may not ever consult these articles again, but it is nice to have them handy in case I do someday.

Speaking of calling upon old articles, the search feature in Instapaper is pretty amazing. While it requires a paid subscription like I mentioned previously, it can search through all of your articles, and not just the titles either – it searches through the entire article. Pretty nifty, should you ever need to recall something (that you can’t remember) from your archives or reading list. However, the search function in Instapaper may not appeal to others, especially since the competition is allowing you to do it for free. But I’ll get to that…

Instapaper will download your articles when you open the app, so that you will have offline copies available to read. Text will download, as well as any images that are in the article. The parsing should be fine on most pages that you want to save later, but it won’t be as good on others, unfortunately.

While it does the basics fine, I will admit, the typography and overall design of the app currently does not have the “polish” that everyone sees in Readability. However, if you listen to episode 67 of “Build & Analyze” on 5by5.tv with Dan Benjamin and Marco Arment, you should know that Marco is working on the typography and design of Instapaper for the next update (as of this writing, Instapaper is currently on version 4.0.4).

Putting that aside, I love the ability for Instapaper to automatically be in “Day” (light theme) or “Night” (dark theme) mode automatically (a preference in the app’s settings). You can also switch between these modes while reading, adjust brightness, choose font and text size, and even adjust the line spacing and margins to tweak your reading preferences to suit your style.

The biggest feature that the competition doesn’t have, though, is the tilt-scrolling. This is ingenious, as the text will automatically scroll when the device is tilted, so you can read without having to continuously scroll down as you go. While I don’t use this feature myself, I would imagine that anyone that does would be hard-pressed to let such a convenience go.

The overall reading experience in Instapaper works, and has incredibly useful features that I love and use every day. The only complaint about it is that it needs more polish, and I’m eagerly looking forward to what Marco has in store.

As Benjamin Brooks said in his great article, “Readability seems a lot like Things to me whereas Instapaper feels more like OmniFocus.”

Readability definitely made a huge splash in the App Store, and I even gave it a positive review the day it came out.

The biggest thing that Readability has going for it is the design. I have to admit – it’s freaking gorgeous. Of course, when you make your app look great with amazing typography, it definitely improves the reading experience. In comparison, Instapaper looks like a joke (hopefully Marco changes this).

The Focus Is On Reading, Nothing Else

I was a bit disappointed that Readability was designed so beautifully, but lacked a lot of the features that I use from Instapaper. To name specifics, the social features – I use them all the time in Instapaper to find new content to read. With Readability, I can only read stuff that I found and decided to save for later – no finds from friends, or even editor’s picks.

It also irked me that I can only delete, archive, or favorite articles. Like I mentioned previously, I like to organize my articles into folders, so I was missing that while trying Readability.

Text and image parsing is also done considerably better in Readability than the competition. Sometimes, with Instapaper, you would get a bunch of header images and text (such as Twitter links, Facebook pages, etc.) shown at the top, before the article. This is not the case with Readability – pages parsed perfectly, though there are the occasional times when parsing won’t work (depends on the page). If parsing is important to you, then Readability excels.

However, despite my personal qualms with it (lack of features), the end result of Readability’s design is for the user to focus on actually reading the articles that they saved, rather than worrying about other stuff. If you don’t care about the other “fluff” like I do, then Readability is the perfect app for you.

If more features were added to Readability in the future, I may consider it again. At least, I can only hope.

Personally, I have not used Read It Later much, but I decided to include it in this showdown because it is relevant (even though it seems a lot of the talk is about Instapaper and Readability).

In my now-use of Read It Later Pro, I have to admit, the design of this app is also better than Instapaper. The main screen will allow you to view your Reading List, Currently Reading, and Archive. A new link can be quickly added to your list from this screen, as well as quick access to settings.

The reading screen is nice and clean, and seems to parse well. It is closer to what Readability has than Instapaper, so that’s a bonus. It’s not as intuitive as the other two apps, though, when it comes to switching between day and night mode, changing typeface (only two to choose from), and changing the text size. You have to double tap on the screen to bring it up, which may not be clear enough for new users.

A bonus, though, is that Read It Later also supports tags (aka folders) for you articles, so you can keep your reading material organized. However, like Readability, there are no ways to find more content to read. For those that have never used the social features of Instapaper, then this is no big deal; for those that do, then it would be hard to make the switch.

It’s hard for me to call a clear winner in this showdown. Each app does the same thing in its own unique execution, with some even complementing the others.

For the average consumer, I will say go with Readability. This is because it’s free, has a great user interface and design, and just makes the reading experience itself so much better. The simple feature set is the greatest (and worst) thing about the app.

However, if you’re a power user (I think it’s safe to say that I fall under this category), Instapaper is the way to go. I absolutely love finding interesting reads from other people via the social sharing features, and even digging around the Editor’s Picks every now and then. And if you are OCD about organizing stuff you want to keep around, you’ll need the folders.

I’ll just stick with the comparison from Ben – Readability is more like the Things of reading later apps, while Instapaper is the OmniFocus. And of course, I am on the OmniFocus side of things as far as GTD is concerned.

Read It Later serves as a nice complement to either app, really. It’s in-between the other two apps, in my opinion, and is a great alternative to have around if you save a lot of multimedia-rich articles, since the other two don’t always display videos.

So there you have it.

Update: It's been brought to my attention that Read It Later was the first service available, as it launched in 2007. So it was not Instapaper that was first. Thanks to reader Huy Ch26 for pointing this out. 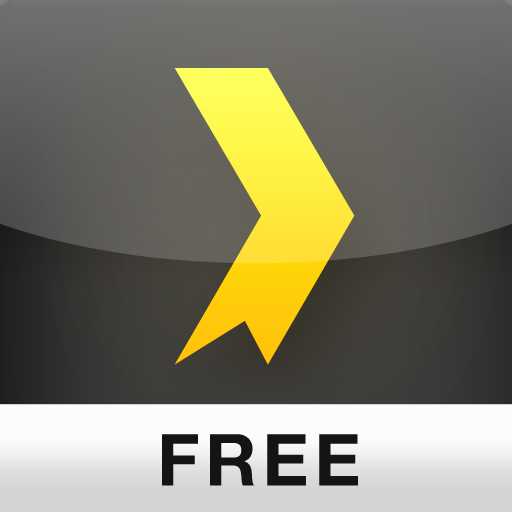 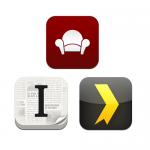