You are using an outdated browser. Please upgrade your browser to improve your experience.
by Stella Violano
March 13, 2012
One of the biggest perks of buying the iPhone 4S is Siri, the revolutionary voice controlled digital assistant waiting to help you out day or night. Reviews of Siri have been mixed, with many finding her a great asset and others finding her less than perfect. Among those who are disillusioned by Siri is Frank Fazio of New York who has filed a class-action lawsuit against Apple. Siri is “at best, a work-in-progress.” Fazio states in the claim, expanding that the Siri ads give a "misleading and deceptive message" to consumers.

[I]n many of Apple’s television advertisements, individuals are shown using Siri to make appointments, find restaurants, and even learn the guitar chords to classic rock songs or how to tie a tie. In the commercials, all of these tasks are done with ease with the assistance of the iPhone 4S’s Siri feature, a represented functionality contrary to the actual operating results and performance of Siri.

According to details in the claim “Siri either did not understand what the Plaintiff was asking, or, after a very long wait time, responded with the wrong answer.” The suit is seeking unspecified damages and a court order to prevent Apple from using additional misleading advertising related to Siri’s functionality. If the video above does not play please click here.For those interested, The Wall Street Journal has posted the full complaint which can be read here. Have you found Siri to be less than "magical?" What do you think about the lawsuit? Does it have merit? Do you think the plaintiffs will ultimately win? 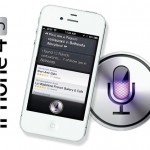 Siri To Go On Trial: Is She Really Just 'A Work In Progress?'

Siri To Go On Trial: Is She Really Just 'A Work In Progress?'
Nothing found :(
Try something else