You are using an outdated browser. Please upgrade your browser to improve your experience.
by Casey Tschida
April 21, 2012
AppAdvice has teamed up with Feature Creep Studios in order to offer you a chance to win one of four promo codes for Ball Crushers: Extreme Dodgeball ($0.99) for iPhone and iPod touch. An icon of the playground and one of the most cherished games in physical education, dodgeball is something you never forget. So, what if you want to relive those exciting moments of pure adrenaline? You could either try to get a team of friends together, find a suitable court, and acquire all kinds of large rubber balls, or you could play Ball Crushers: Extreme Dodgeball. In Ball Crushers, you'll play at typical locations like the school playground and gymnasium, plus some unique and extreme spots like over roadways and at the beach. Teams consist of two or three players with each player having a set number of hit points. You can control different players throughout the game and the other teammates will be commanded by the computer. Matches begin, as expected, with several balls placed at the median of the playground and the two teams starting at opposite ends. You move players by tilting your iDevice and, of course, can't cross the center line. Performing a single finger swipe gesture throws a ball at normal speed, whereas a pull back, temporarily hold, then release slingshot-style gesture initiates a fast throw. Scoring is based on damage, accuracy, how long the match lasts, and whether you win or lose. Eliminating opposing players requires multiple hits, and can optionally be accompanied a somewhat gory blood splatter. In addition to using balls, you can equip and utilize arsenal weapons, such as player freeze and automated ball cannons. Arsenal weapons are paid for with points. Making things even more challenging, certain versions of playgrounds have hazards, obstacles, and ways of creating disadvantages. For example, do you remember when your parents warned about playing on the road? Well, it's good advice in real life and in Ball Crushers, because you can be splattered by speeding automobiles. Ball Crushers' other features include an unlockable zombie survival mode, team and ball color choices, amusing taunts before and after matches, and a custom soundtrack. To have a chance at winning one of two Ball Crushers: Extreme Dodgeball promo codes, just hit that tweet button near the bottom of this page or retweet this post from your favorite Twitter app before April 21 at 11:59 p.m. PDT. We will then search the Twitterverse for all of the retweets and randomly choose our lucky winners. The winners will be notified via Twitter, so please be sure to follow us so we can send you your promo code via a direct message. Non-Twitter users and those of you who want to increase your odds of winning can leave a relevant comment below before 11:59 p.m. PDT tonight to have a chance at winning one of the other two Ball Crushers: Extreme Dodgeball promo codes. Feel free to participate in the giveaway via either or both methods. Only one entry per person per method is allowed, totaling up to two entries per person if using both. 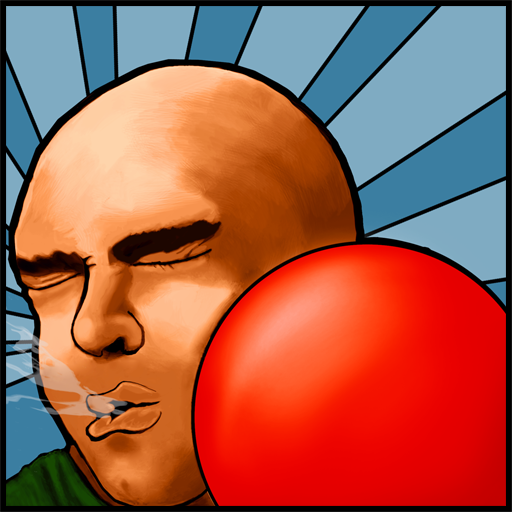 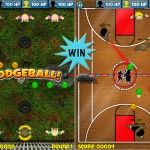 A Chance To Win A Ball Crushers Promo Code With A Retweet Or Comment
Nothing found :(
Try something else