You are using an outdated browser. Please upgrade your browser to improve your experience.
by A.T. Faust III
April 28, 2012
There's another rumor making the rounds related to Apple's fabled "iPanel" television set. Of course, since it's equally applicable to the Cupertino company's existing Apple TV, you might want to pay attention. Here's the deal: Reuters is reporting that Tim Cook and his cronies are currently in talks with Epix to bring streaming shows and movies to Apple's various properties. One source also stated that "any discussions would apply to [Apple's] set-top box and also to upcoming devices that stream content." (While that means existing iDevices could be left out of the loop, such a move would be fundamentally contrary to Apple's industrial stance on simplicity and iCloud-enabled, cross-platform parity.) If you don't know exactly what EPIX is or does, here's the conglomerate's Wikipedia bio:

Epix is an American premium television channel that is operated by Studio 3 Partners—a joint venture among Viacom (specifically its subdivision Paramount Pictures), Metro-Goldwyn-Mayer, and Lionsgate. Viacom handles operational support, including marketing and affiliate services for the service through its MTV Networks division. Epix offers a companion video on demand service. In order to access online on-demand program content, subscribers must have a digital box.

As an addendum, MacRumors reminds us that it's important to consider the current state of EPIX' contractual commitments before getting too caught up in Apple's potential deal with the brand.

EPIX has an exclusive streaming agreement with Netflix that extends through September, so it seems unlikely that any agreement with Apple could go into effect before that time, but it also remains unclear how the financial situation would shake out for EPIX in adding Apple while Netflix loses its exclusivity.

Naturally, Epix stands to make quite a bit of cash if it signs up with Apple, as 300 million iDevice owners trump Netflix' streaming subscribership of just 26 million. Whether that means Apple could offer an Epix-backed streaming package for a comparatively low price remains to be seen. Heck, maybe Apple will even throw us a bone and offer the whole kit and caboodle for free. What's a few hundred million bucks to Cupertino's bottom line, anyway? Particularly if it pushes new hardware sales... 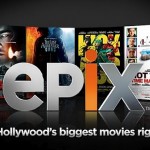 Apple In Talks With Content Provider Epix For Apple TV, 'iPanel' Plans
Nothing found :(
Try something else