You are using an outdated browser. Please upgrade your browser to improve your experience.
by Brent Dirks
April 24, 2012
In the first three months of 2012, Apple posted revenue of $39.2 billion and net profit of $11.6 billion. Apple announced the results in a release this afternoon. During the company’s 2012 second quarter, 35.1 million iPhones were sold, representing an 88 percent growth over the same period last year. The iPhone accounted for $22.7 billion in revenue during the quarter. But the iPad was the star for the period. Apple sold 11.8 million tablets for the quarter, a whopping 151 percent increase over a year ago. Peter Oppenheimer, Apple's CFO said the company is selling the tablet as fast as it can be made. “The iPad has taken off in consumer segment, education, and the enterprise,” said Apple CEO Tim Cook. “There is such an abundance of apps to do anything with. As the ecosystem gets better, and since we're doubling down on making better products, there is no end in sight.” Apple also announced 4 million Macs and 7.7 million iPods sold during the period. The iPod touch accounted for more than half of the iPods sold. Interestingly, international sales accounted for 64 percent of the quarter's revenue, according to the company. The revenue in just China was $7.9 billion for the quarter. The iTunes store also brought in $1.3 billion in revenue during the quarter, an all-time high. As far as the Apple Stores go, each store averaged $12.2 million revenue during the quarter. The stores also logged an average of more than 18,000 visitors to every store each week. "We're thrilled with sales of over 35 million iPhones and almost 12 million iPads in the March quarter," Cook said. "The new iPad is off to a great start, and across the year you're going to see a lot more of the kind of innovation that only Apple can deliver." "Our record March quarter results drove $14 billion in cash flow from operations," Oppenheimer said. "Looking ahead to the third fiscal quarter, we expect revenue of about $34 billion and diluted earnings per share of about $8.68." For the next quarter, Apple is looking at revenue of around $34 billion. 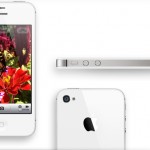 Apple Rakes In $39.2 Billion Revenue, $11.6 Billion Profit In First Three Months Of 2012
Nothing found :(
Try something else