You are using an outdated browser. Please upgrade your browser to improve your experience.
by Bryan M. Wolfe
April 17, 2012
One month after Apple CEO Tim Cook visited the world’s most populous nation, we now might have a better idea how the visit went. China won’t be getting the new iPad, at least not anytime soon, according to Forbes. Yesterday, Apple announced that the new iPad would arrive in additional countries over the next two weeks. However, even though Saint Maarten and Venezuela, among other nations, will soon say hello to Apple’s newest tablet, China will not. According to the report, this exclusion is Apple’s way of putting pressure on Beijing over iPad trademark concerns in that country. As you may recall, Apple claims it purchased the rights to the iPad name from Proview Taiwan in 2006. However, parent company Proview Shenzhen claims that deal to be null and void. As such, it is suing the tech giant in China and the U.S. While earlier reports suggested Apple and Proview would soon resolve their differences outside the courtroom that no longer appears to be the case. An initial ruling last year went in Proview’s favor, however now the case is being heard under appeal. Until a trademark resolution, Apple will probably keep the Chinese people away from their top selling tablet, despite their country being the largest consumer market in the world. Cook’s visit to China last month was a first for an Apple CEO. Apple has never officially announced what the specifics of the visit entailed. 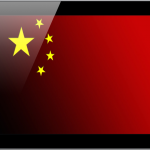 Apple To China: No New iPad For You

Apple To China: No New iPad For You
Nothing found :(
Try something else