You are using an outdated browser. Please upgrade your browser to improve your experience.
by A.T. Faust III
April 2, 2012
By now, you've probably heard about Zynga's $200 million acquisition of Draw Something developer OMGPOP. Of course, Zynga didn't just buy that insanely popular app in the deal -- They also got all of OMGPOP's established online properties and the rights to every individual "side project" developed by any migrating employee. One employee, Shay Pierce, didn't want to play ball; under no circumstances was his privately-developed Connectrode app to fall into the wrong hands. Zynga, he famously proclaimed, is "evil." From the looks of things, so is Pierce's former boss, OMGPOP CEO Dan Porter. Apparently, being a rich, money-motivated industry leader tends to bring out that particular quality. Porter -- who dramatically increased his personal wealth and professional standing in the blockbuster Zynga deal -- has taken issue with Pierce's recent Gamasutra exposé. And he's taken to Twitter to call Pierce out. The tweets, now deleted, sparked a firestorm of criticism, and Porter has spent the last 24 hours dealing with the public backlash of his inexplicable outbursts. Still, he didn't refrain from fanning the flames, comparing the success of Draw Something to cultural phenomena like AOL and Facebook. This chestnut from Minecraft creator Markus Persson sums up the internet's general reaction to the sorry soap opera:

@tfadp You're an insane idiot.

Whether Porter's actually insane, an idiot, or some laughable combination of both is certainly up for debate. The logic behind throwing a former employee under the bus -- especially after OMGPOP worked for years to achieve such a lofty, lucrative, once-in-a-lifetime achievement -- is not. It makes zero sense. What possible reason could Porter have for denigrating Pierce in such a scathing, public way? And how in Asimov's name can the man be clueless enough to compare a $0.99 app to a pair of longstanding, culture-defining, industrial juggernauts whose scope of service isn't even remotely comparable to the tiny experience that Draw Something offers? But the bigger issue (and this extends well beyond our specific industry) comes into focus when you zoom in to examine exactly what prompted all this nonsense in the first place. It's true that some reports say Pierce was a bit of a rebel in the workplace, that he took long lunches and spent too much time on personal projects, that he was on the chopping block to boot. Had Porter displayed more tact with his tweets, I could even empathize with his explanation that he acted only in frustration that Pierce was "stealing the spotlight" from the hardworking, deserving Draw Something team. But it doesn't add up. If Pierce was the selfish distraction Porter claims him to be, how could he have received the job offer that started this whole mess? Heck, why would Porter have even kept him around in the first place? And why -- if Porter is so disheartened by his team losing out on their well-earned fame -- has he not taken this opportunity to share their names and contributions? After everything he's said, we still only know about Shay Pierce and Dan Porter. I think the reality is quite simple: Porter smacks of the newly-inflated ego. And that, in turn, smacks of misguided leadership. He just scored 200 million reasons to celebrate, but that wasn't enough. He wanted more. He wanted Pierce's fame, his place in the press, his name on the front page. Now he has it. But at what cost? Facing an increasingly serious PR fiasco, Porter finally apologized: Unfortunately, the damage is done. Fortunately, such antics are par for the course for the folks at Zynga, and this hiccup isn't likely to alter the course of Draw Something's potential. Its innate allure will remain intact. In many ways, Porter's petty behavior and disingenuous spin put him in line with Zynga's own bad-guy boss, Mark Pincus. Of course, Pincus never spit in the face of due process to profit from a teenager's death, so maybe they're pretty different after all. 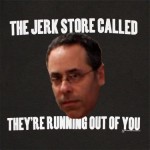 Fortune And Fame Bring Out Worst In Draw Something Creator

Fortune And Fame Bring Out Worst In Draw Something Creator
Nothing found :(
Try something else